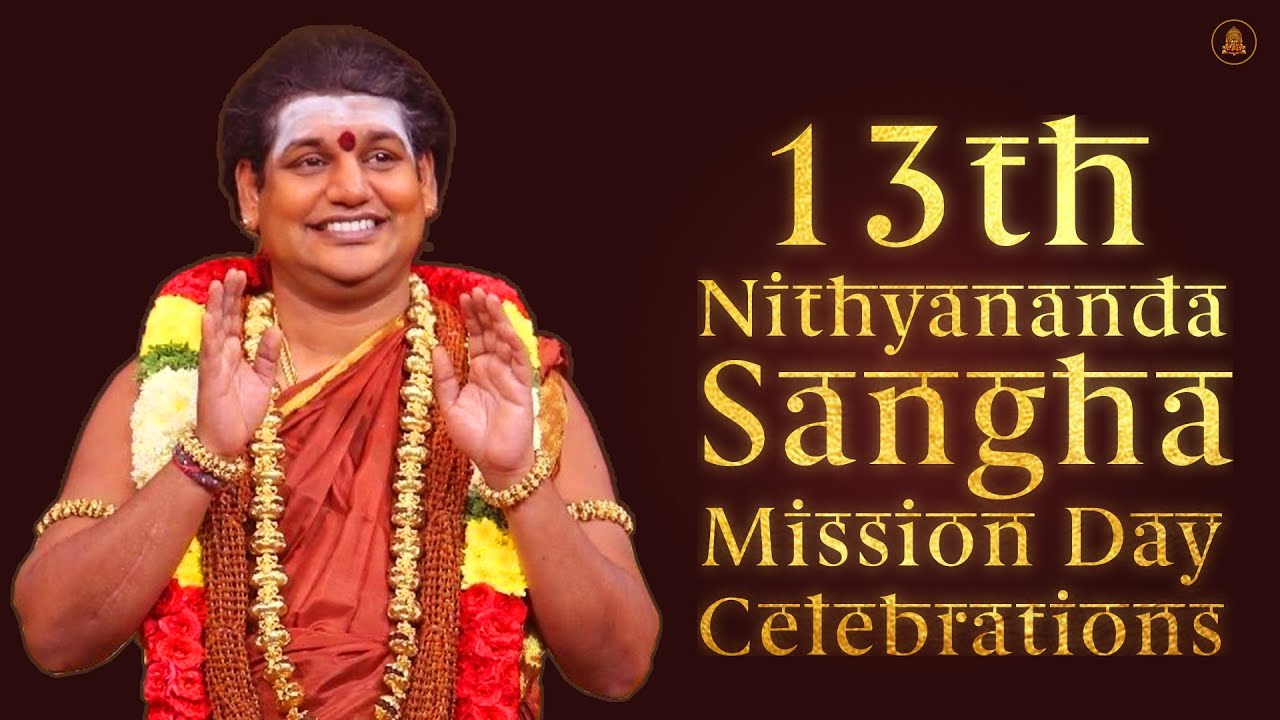 Today's special Nithya Satsang as on 1 January 2016, marks the onset of celebrations for the 13th anniversary of Nithyananda Sangha Mission, the day the Sangha of Truth, of Bliss, of enriching the humanity started to raise the consciousness of human and the whole planet. Paramahamsa Nithyananda blesses all that - May this year bring all auspiciousness in everyone's life. Reckoning the Sangha Mission day, He says that this Sangha actually began in the year 1978, which marks the birth year of the appearance of His Holiness on the planet. He also declares that Mahadeva will be commenting on the Upanishads this year and gives the message to all devotees, disciples - let us go on contributing to everyone's life.