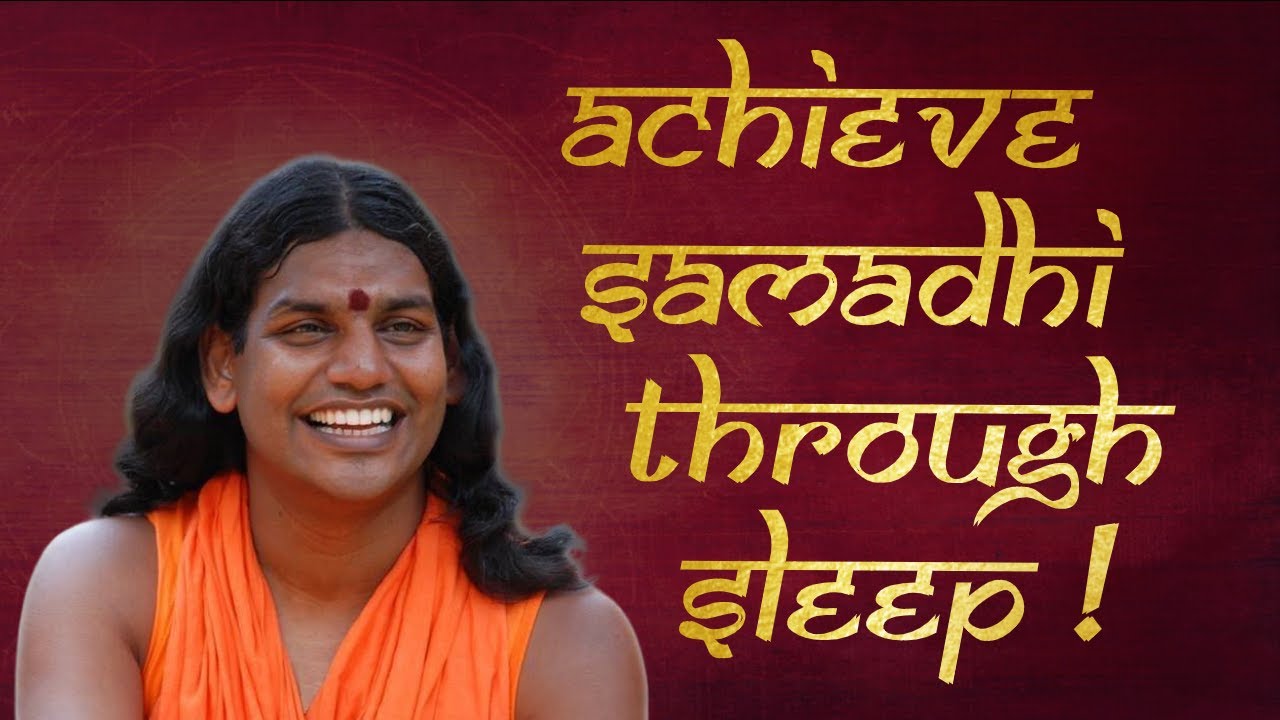 Achieve Samadhi Through Sleep Session on - Patanjali Yoga Sutras Part 2 Venue - Vancouver, BC, Canada Date - 12 March 2009 This video is an excerpt from the Ananda Spurana program conducted on 12 March 2009 in Vancouver, BC, Canada. Supreme Pontiff of Hinduism Jagatguru Mahasannidhanam HDH Bhagavan #Nithyananda Paramashivam expands on Patanjali's 5 modifications; right knowledge, wrong knowledge, imagination, sleep, and unmemory. Here HDH goes deeper into Patanjalis modification of imagination and sleep. HDH explains imagination can be used to liberate you or create more bondage, because of mind, the conditioning through misuse and misinterpretation. These great truths should be heard directly from an #enlightened master. HDH then delegates the technique for converting sleep into samadhi and go into the deepest states of sleep. There is a technique called the Yoga Nidra which is falling into the deep sleep state in awareness. HDH says if you fall into the samadhi state, the deep sleep state, and come out, you will eternally respond to the old through joy and bliss. The Supreme Pontiff of Hinduism Jagatguru Mahasannidhanam His Divine Holiness Nithyananda Paramashivam (HDH) is the reviver of #KAILASA - the ancient enlightened civilization and the great cosmic borderless Hindu nation. Revered as the incarnation of Paramashiva - the primordial Hindu Divinity, HDH has a following of 2 billion Hindus worldwide with de facto spiritual embassies in over 150 countries. He has worked untiringly for over 26 years for the revival of Kailasa, for global peace and to give super conscious breakthrough to humanity. He has survived the worst persecution of multiple assassination attempts on person and on character by anti-Hindu elements. He is collecting, organising, preserving, time capsuling, decoding, spreading and reviving 20 Million source books of Hinduism and the 64 sacred arts & sciences like Ayurveda, music, dance, sculpting, astrology, vastu and much more. Close to 20,000 hours of HDH’s timeless talks have been recorded till date (Sep 2020), which are a treasure trove of powerful cognitions to solve individual and global problems of any kind.