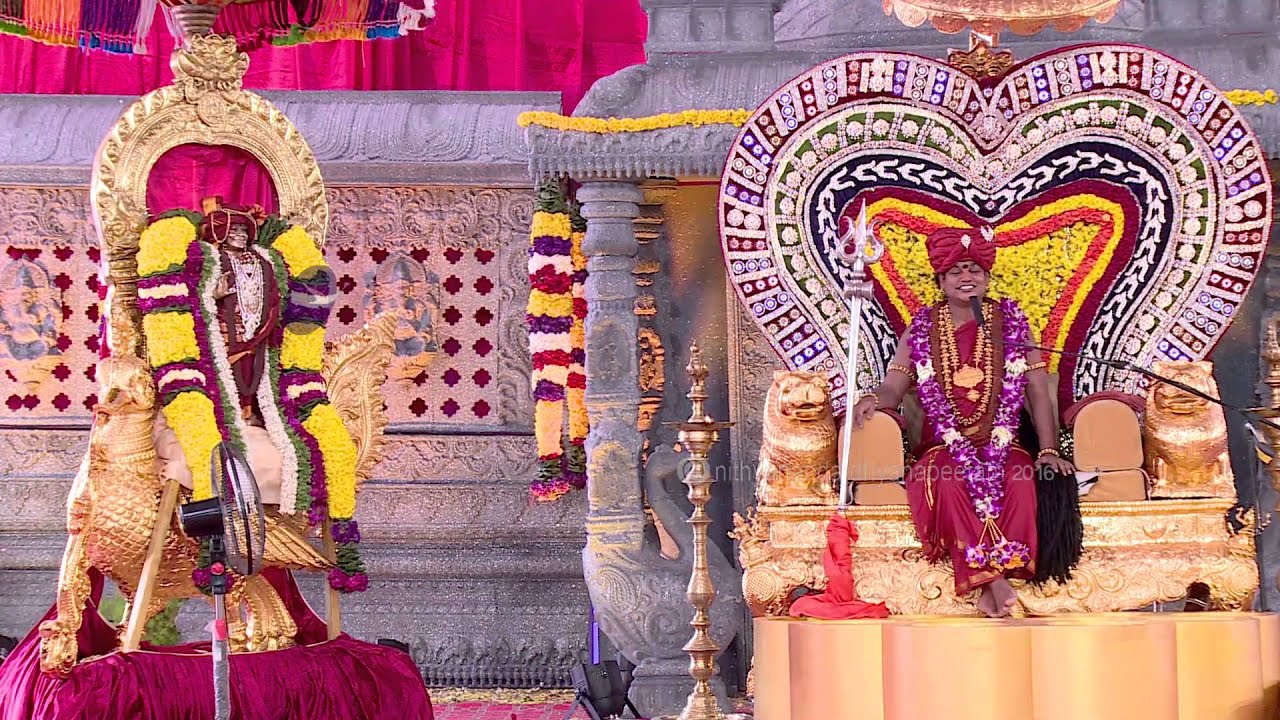 On the most auspicious day - 39th Avatar Dinotsava, the appearence day of His Holiness Paramahamsa Nithyananda on 3rd January, 2016 as per the Hindu calendar, He started the special global satsang amidst devotees, disciples and Nithyananda Sangha members from all over the world present physically at ashram and via two-way video conferencing from across the globe. Conveying His love for all His devotees and disciples, He said that - 39 (age) is just a number, which can never touch Him; for He will continue to exist eternally to reciprocate the showering love and devotion of all devotees. He accepted all their love, devotion and gratitude pouring from all ashrams, centers worldwide. The much awaited and most important message for the Year 2016 by His Holiness is – LIVING SHUDDHA ADVAITA SHAIVAM - which means not just living the oneness (advaita) but expressing the experiences and powers of MAHADEV (Shiva). He declared that in 2016, all 400 powers revealed by Lord Shiva will be made practical, livable for his disciples, making them scientific and demonstrable. By this act, spiritual legitimacy will be brought to Sanatana Hindu Dharma. "We have a right to exist and our existence is good for humanity. It is time we reveal this science to the world by the grace of Mahadev", He roared the truth embodying the glory of Vedic tradition and blessed all with His compassion and love.