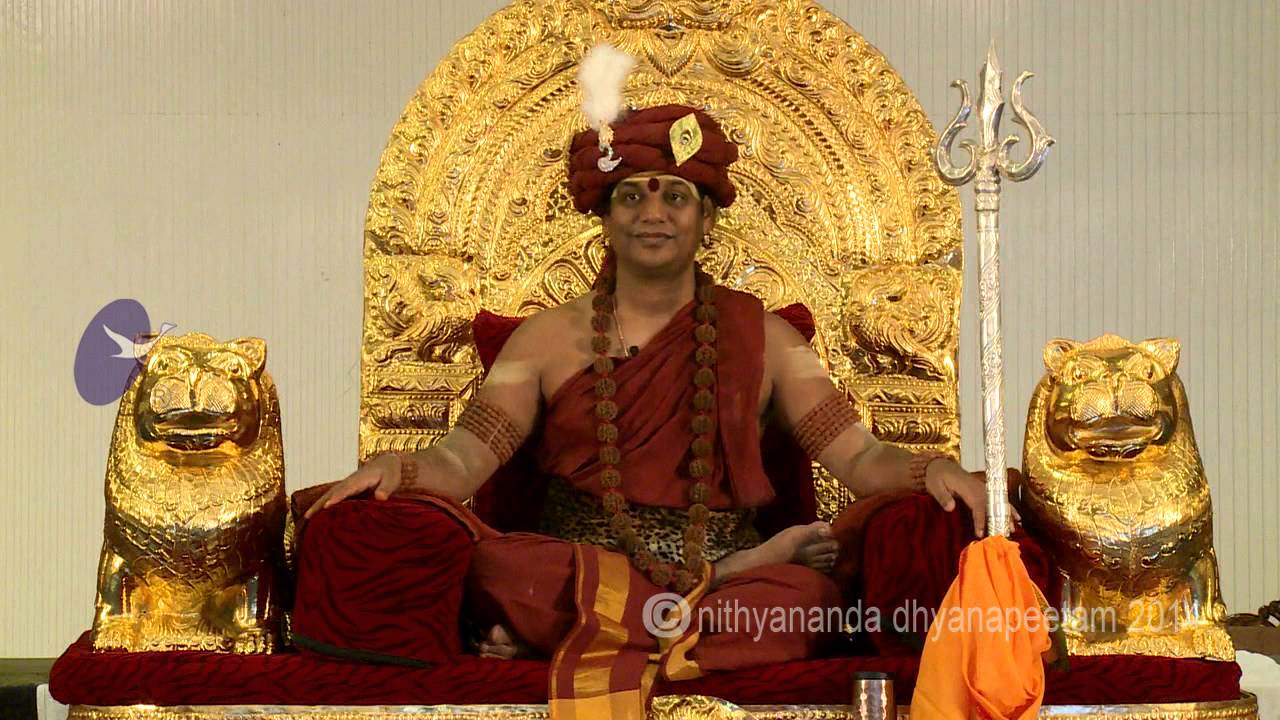 Buddha the Embodiment of Completion

In today's (2nd May, 2014) morning Satsang , Paramahamsa Nithyananda spoke briefly about the festival dimension of Sanatana Hindu Dharma, and went on to speak in detail about Buddhism. The second day Inner Awakening Initiations into Completion are taking place in the very spot where Buddha started teaching the Science of Completion. Then he explained the relationship of Buddhism, Jainism, Sikhism to Sanatana Hindu Dharma. TRANSCRIPTS:- The Bhagavatha very clearly records Buddha as an incarnation before Kalki Avatar of Vishnu. Bhagavatha mentions twenty-four beings as incarnations, and then says numerous beings will be happening. But twenty-four names clearly are mentioned. Buddha is very clearly recorded as an incarnation. I wanted to clear this confusion, and I also want to put on record my strong condemnation of these separatists who are using words like "Buddhist religion". I strongly condemn it! Buddhism, Jainism, Sikhism, are all just one of the traditions, sampradayas of Sanatana Hindu Dharma like Shaivism, Shakthism, Vaishanavism. And how there are different sampradayas of Sanatana Hindu Dharma like Shaiva, Shaktha, Ganapathya, Kaumara, Sahura, Aghora, Vedanta, Shuddha Advaitha, Yoga, different sampradayas of Sanatana Hindu Dharma, Buddhism, Jainism, Sikhism are all part and parcel, different traditions of Sanatana Hindu Dharma. I am very clearly putting this on record. I also condemn strongly the efforts of separating Sikhism and Jainism by giving them minority status and trying to alienate them from the Hindu tradition. I request Buddhist, Sikh and Jain brothers, don't claim minority status; let us all be together as brothers. Globally we are minorities; let us claim that. Globally we are minorities; let us claim that. Let us not separate ourselves as pieces for the small dry-bone minority benefits. So, with this, at least I am declaring my stand, the stand of me in this whole issue. Today I am taking a few minutes to clarify this; because, constantly, this question was raised to me. I never took time to answer this question. That is the reason today I am taking a few minutes to clarify my stand and answer this question once for all. So, today we will start our journey by having darshan of Buddha where Buddha started teaching the great Science of Completion. Buddha is the embodiment of Completion and we all Hindus should start respecting and feeling one with Buddhism. It is just like our different Hindu traditions. See, Sanatana Hindu Dharma gives you such a beautiful space, your ishta nishta, your sincerity towards your chosen ideal never gets diluted, disturbed, by imbibing the great truths from various traditions. I always tell people, don't go to religions or traditions which say don't go to others. That's all! Actually, with this one definition, the whole division is clear -- who are quality-based traditions, who are quantity-based traditions. Quality-based traditions and quantity-based traditions! Religions can have social dos and don'ts; but, just social dos and don'ts do not constitute a religion! Religions can have social does and don'ts; but, just social dos and don'ts do not constitute a religion! Anyhow, with this I will move..... Today you are all going to have initiation into the Science of Completion, a great science which purifies your inner organ, your psychological organ. I call it as "inner-space". I don't want to use the word "mind", because that word is too loaded by the western psychologists. The funny thing is, the psychologists and psychiatrists, they are the largest suicide profession, you need to know that! The largest number of people commit suicide in that profession! And these fellows go on counselling, advising the world! That is why, I am telling you, there is so much of suicide! These modern-day psychologists, psychiatrists, the people who are in that field, they are responsible for all the suicides. Because, they themselves strongly believe that solution is not possible; and the way they define each technical term shows very clearly solution is not possible! Please understand, in future -- I am very clear again, I am not talking out of pride or arrogance -- in future, I will be well-known as "definition specialist", because of my definitions for every technical term! Please understand, all my definitions are solution-oriented. The way I define "incompletion" simply will lead you to Completion! See, the word "incompletion" can be defined from impossibility or from the angle of possibility towards Completion. You being in a problem, physical or mental, continuously, is going to be the income source of somebody; then how do you expect they are going to cure you?