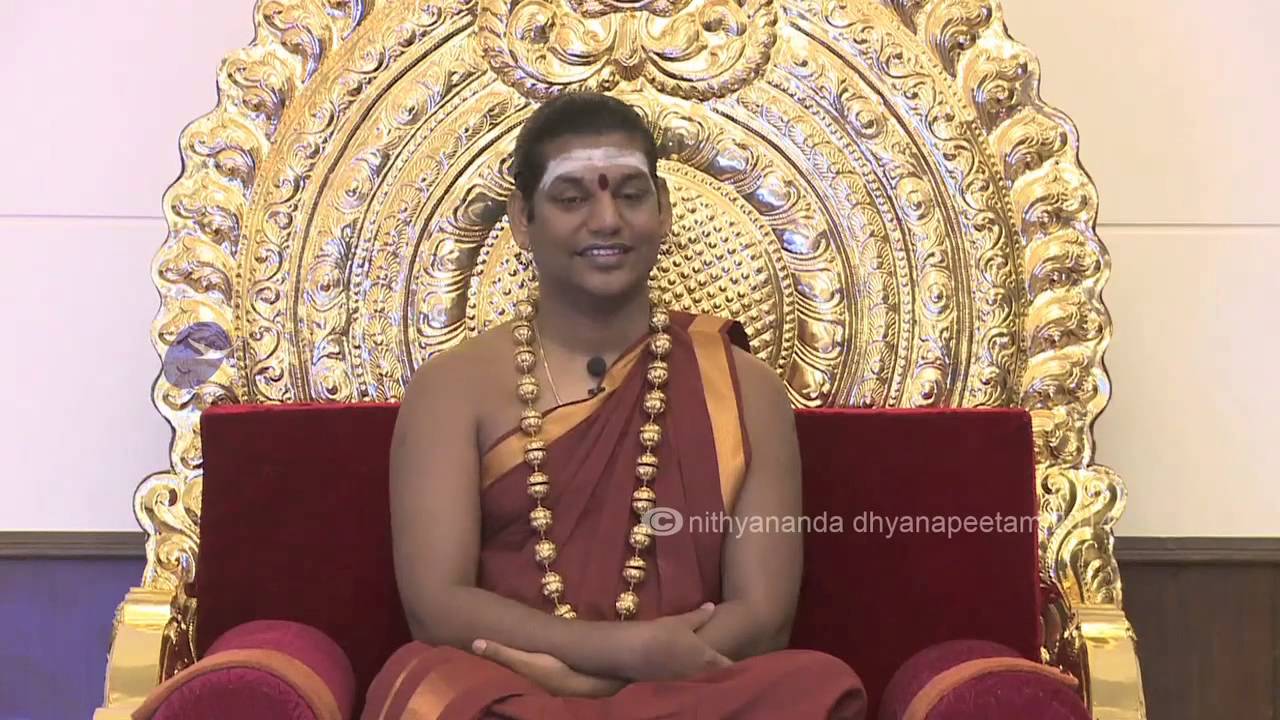 Carry a Powerful Space about You

In today's (24th January, 2014) morning Satsang, Paramahamsa Nithyananda gives us the definition of true wealth. The space we create and ability to create the right space is wealth. We are the embodiment of consciousness and that consciousness is the universal energy that we use to create our own reality. We just need to use strength and courage to continue to make this powerful space within us, not getting deterred by outside influences. Let us use the power we possess to create the space for what we want in life! TRANSCRIPTIONS:- I welcome all of you with my love and blessings. I especially welcome the devotees who have gathered for Kalpataru Darshan in Oman-Sivagangai and Patthenam Nithyananda Dhyanapeetam. Today, I will expand on KALPATARU. Kalpataru is nothing but the space you carry inside. Please understand I wanted all of you to know from my experience, last few days we are going to different well-known old Mahadeva temples -- Daksheshwar Mandir, where the Daksha Yajna happened, where Veerabhadra killed Daksha and destroyed his Yajna, Sati left the body. Mahadeva appeared and gave life back to Daksha; it was a powerful energy center. And, then, yesterday we went to Neelkanth Mahadev where Mahadeva drank the poison of Halahala and saved the universe, protected the universe and took the risk of Halahala poison on himself. I was wondering, in both places the deity was too small. I started contemplating: Why? Is this done purposely? Such huge temple, well-known temple, in Neelkanth the whole city has happened just around the temple. The village is also called Neelkanth. There's a huge settlement around the temple. The deity is not even six inch, maximum it can be six to nine inches; but the whole settlement around the temple for the temple. And, on festival days like Shivaratri, five lakh devotees gather it seems, they were telling us. Both the temples belong to our Akhada. I was wondering. Same way, if you go to Varanasi, not only the whole Kashi, the whole Hinduism is centred on Vishwanatha. The whole of Hinduism is built around Kashi Vishwanatha, but the deity is so small! I was contemplating and wondering, what is the message our masters wanted to give by keeping the deity so small in all the major temples? The Badrinath deity is only twelve inch. In Gangotri and Yamunotri, you can just carry the deity with you; it's only twelve inch. What is the message they are trying to give? Please understand, by the time you reach the temple, the space you generate inside you, the devotion you generate inside you, the feeling you generate inside you, the space happens inside you, is deity! They are saying very clearly, don't expect something big outside. Outside whatever is there is just to remind you of the inside space. If there is a huge, big deity, your whole attention will be in that, thinking you have come all the way to see what is there externally. But, when the deity is too small and not as you expect, some shape, jewels, clothes, decked, suddenly you will realize our masters are asking something more. You can see the photograph of.... This is Neelkanth Mahadev. By one hand you can cover the whole deity. In TV you may not even be able to find the deity, where the deity is. But the space you achieve, that is the deity. That is God. In Daksheshwar Temple, there is no deity. Actually, the main deity, the Shiva Linga, by being worshipped continuously for ages, it has almost become a ground level, a little lower than ground. They call it "Bhu Linga"; means, the Linga has become ground level. Then, what is it? What for we are travelling to all these great temples? Understand, by the time you reach there, the space you generate inside you by the remembrance is deity. Yesterday, experientially I saw when I sat in front of the Neelkanth Mahadev. When I just sat in front of Neelkanth Mahadev, the deity may be small, but the presence it can generate, the experience it can generate, I was just shocked. Wow what a energy! So, understand the space you create inside is Kalpataru. That space you create inside is Kalpataru. That is why all our temples and ashrams, centres, it may be just one small room in a village, or one small room in some apartment complex in a busy city like New York, it may be a small one room in a remote village like Seeragapadi or Patthenam, or one apartment in New York Queens, or huge, vast, palatial building like St. Louis or Los Angeles or Bidadi, wherever. The Presence, THAT functions, the Presence, THAT radiates, the Presence, THAT lives through! Understand, the presence you carry is Kalpataru. The presence you create in you, the space you create in you is Kalpataru. Sometimes I wonder when I just look around the banks of Ganga and banks of Kaveri, and the banks of New York River.....sometimes I wonder, in the banks of Ganga, banks of Yamuna, Kaveri,