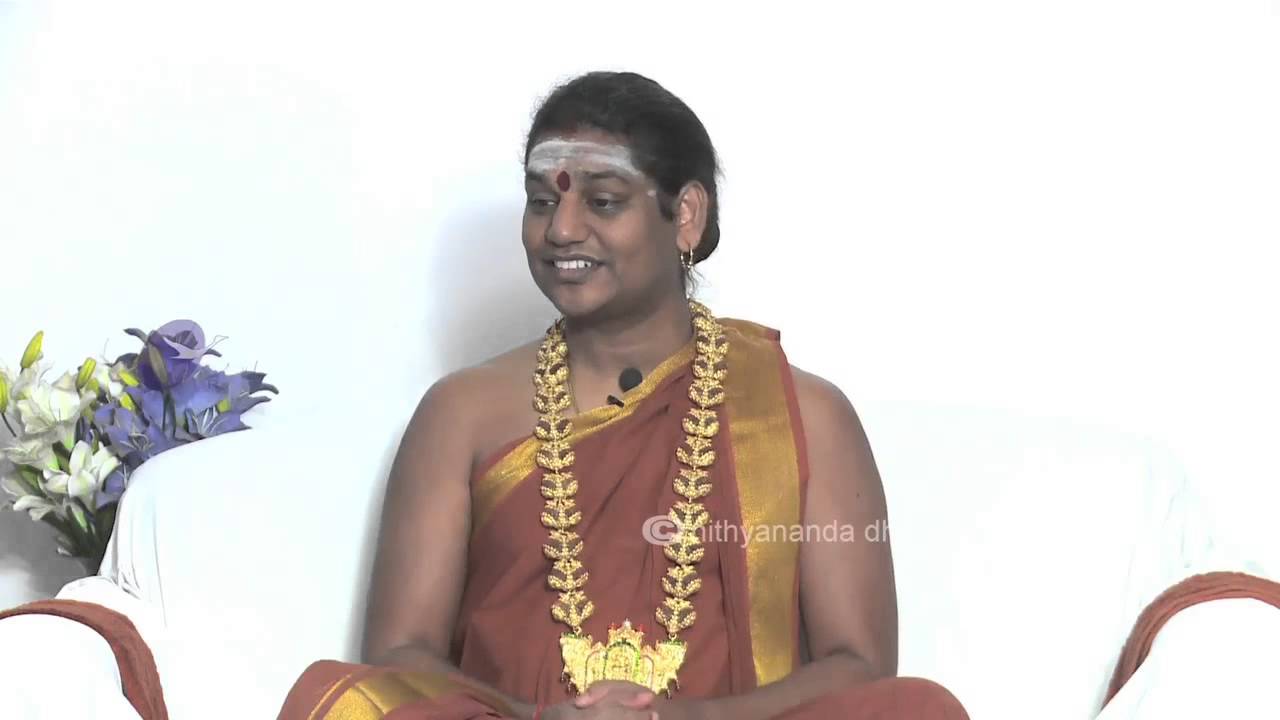 Do You Have A Frightened Child Hiding Inside?

In today's (31st January, 2014) morning Satsang, Paramahamsa Nithyananda shares with us that nothing in life other than completion is worth achieving. Why? Because it is the base material for LIFE! We cannot build relationships, a home, temples or anything with money alone. When we are incomplete, it is like building a brick wall without mortar -- it will not stand. The science of completion is the technique to help remove the heavy layers around our hearts, leading us back to our true selves! TRANSCRIPTIONS:- I welcome all of you with my love and blessings. Today I will expand more deeper on the subject of "Completion and Kalpataru". Please listen! Only a person who experiences devotion can build temples. Temples don't stand on money. Temples don't stand on money. That is why many fellows loaded with money, whenever they build temples, it is not called a temple in the name of God, it is not called Vishnu Temple, Shiva Temple; it is called Birla Temple, understand? (The Birla's are one of the biggest industrialists and philanthropists in India. Birla Temple is a well-known temple in New Delhi built by the Birla family). I am not saying Birla does not have devotion. No! All I am trying to tell is, temples do not become popular by the money or the structure; they become popular by the devotion of the devotees. It becomes a temple by the devotion of the devotees. Devotion is the base material for a temple to happen. Same way, Completion is the base material for life to happen. Life does not happen by just money, understand! A man who has nothing else other than money is in the depth of poverty. The child which is educated only in a school is an uneducated child. Please understand, the child which is educated only in a school is an uneducated child. The man who has only money is a poor man. Life is not built on money, cannot be built on money. Money is a utility. As I said, there is "actual wealth" and, for the sake of utility, the "illusory wealth". See, "actual wealth" is land, food, grains, clothes, house, jewels. "Actual Wealth" on one side. And, for the sake of transaction, some "illusory wealth", the concept of wealth got developed. The concept of wealth developed for the sake of transaction is "money"; that itself is not wealth, please understand. Actually, this clarity, this basic lesson on economy will clear many of your thinking, desire; it will clear a lot of confusion; it will give you more clear vision about what you want in your life.....what you want in your life. I tell you, how much ever money you may have, unless you start building the pattern of living with Completion, living from Completion, living in the space of Completion, it is like you have a lot of bricks, but you don't have cement! Will the wall stand? No! Same way, you will have a house, but you will not have a home! You may have workers around you, but not people! Workers are different from people, understand. I can give you tons and tons and tons of examples. See, ultimate truths do not need any example. If I utter the words 'The Sun rises in the east', does it need an example? Or, 'See, on such and such date in August 1992, the Sun rose in the east'. Do I need to give an example? Or do I need to give an example, 'See, last one month, the Sun rose in the east. That is why the statement "The Sun rose in the east" is right!'? No! The ultimate truths need no example; it is a simple law which is followed by the whole Cosmos. The "Sun rises in the east" does not need an example; it does not need any example to be used to prove its validity. Same way, "Life stands on Completion", "Life stands on the space of Completion" is an ultimate statement which does not need any examples to prove its existence. "Nithyam Adwitheeyam Niranjanam" on Kaalabhairava. In the Kaalabhairavaashtakam they sing: "Nithyam Adwitheeyam Niranjanam". Be established in the space of Advaitha always like Kaalabhairava; you will be "Niranjana"; means, no incompletions. "Anjana" means "incompletions", "false". "Niranjana" means "no incompletions". I tell you, life is built on no incompletions. Life stands on no incompletions. Yesterday I was expanding on this story of how a frightened child.....please listen, if you look into your life..... I have seen in India, in big cities, at traffic signals, women carry their children and beg. Just like how these women always carry those children..... Sometimes I wonder, I was even studying it: How those children are silently sleeping in the dust and sound? How come all these children -- throughout if you see, the same child will be there! How come the child never grows? Anyhow, that is a separate subject; later on we will dive into that, we will think on that subject. Just like how those women always carry a child, you always carry you like that frightened child inside you. You don't understand that that frightened child is a load for you; but you start carrying it to create sympathy from others