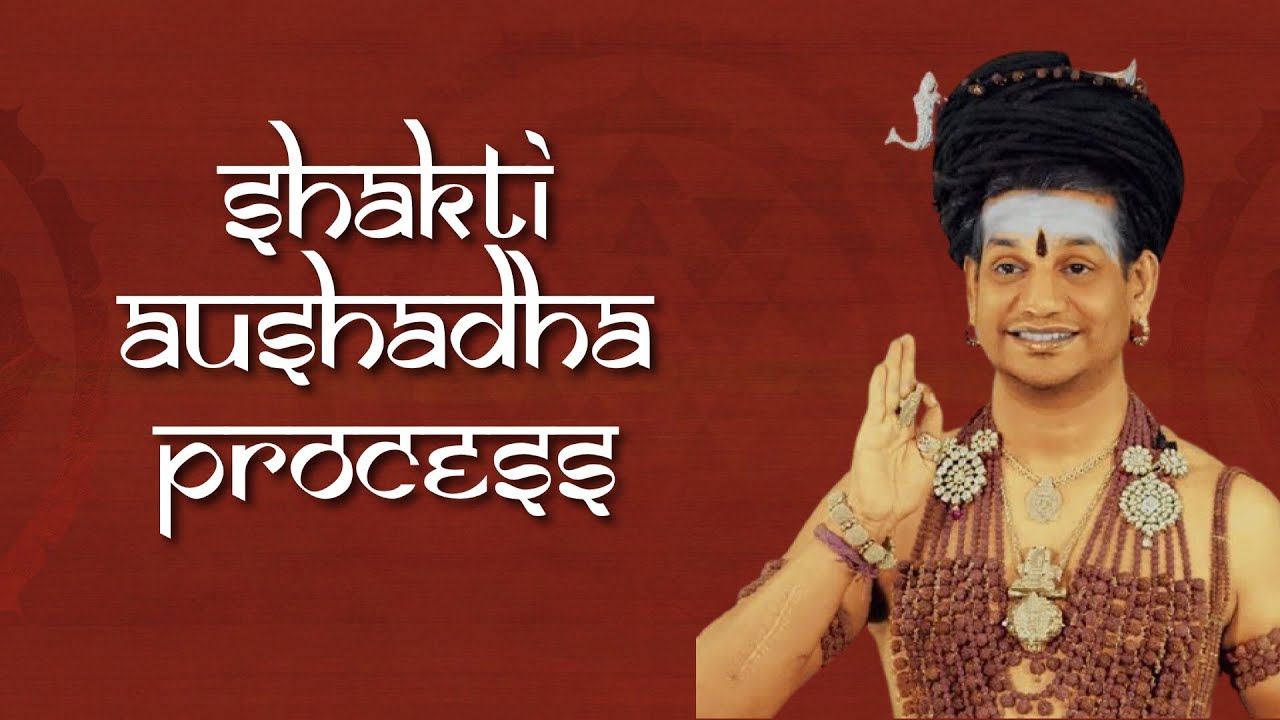 NOT SAVING THE EDITS CORRECTLY - BLANK SCREEN FOLLOWING EDITS Name of Convention: Live Stream Aushadha Preparation Session on: Glimpses of Preparation of Shakti Aushadha Date: 14 September 2017 Venue: Adi Kailasa, Bengaluru, India In this live stream video we catch some glimpses of the Supreme Pontiff of Hinduism HDH #Nithyananda Paramashivam preparing "Shakti Aushadha", the divine feminine component of the Mahasadashiva Aushadha. Aushadha is an age old vedic tradition where sacred herbs are infused with powerful thought currents and cognitions by enlightened beings and used for various processes including health/healing, power manifestation, wealth and abundance creation. Even by watching this process now, you can manifest third eye powers through the space of oneness. The Supreme Pontiff of Hinduism Jagatguru Mahasannidhanam His Divine Holiness Nithyananda Paramashivam (HDH) is the reviver of #KAILASA - the ancient enlightened civilization and the great cosmic borderless Hindu nation. Revered as the incarnation of Paramashiva - the primordial Hindu Divinity, HDH has a following of 2 billion Hindus worldwide with de facto spiritual embassies in over 150 countries. He has worked untiringly for over 26 years for the revival of Kailasa, for global peace and to give super conscious breakthrough to humanity. He has survived the worst persecution of multiple assassination attempts on person and on character by anti-Hindu elements. He is collecting, organising, preserving, time capsuling, decoding, spreading and reviving 20 Million source books of Hinduism and the 64 sacred arts & sciences like Ayurveda, music, dance, sculpting, astrology, vastu and much more. Close to 20,000 hours of HDH’s timeless talks have been recorded till date (Sep 2020), which are a treasure trove of powerful cognitions to solve individual and global problems of any kind.