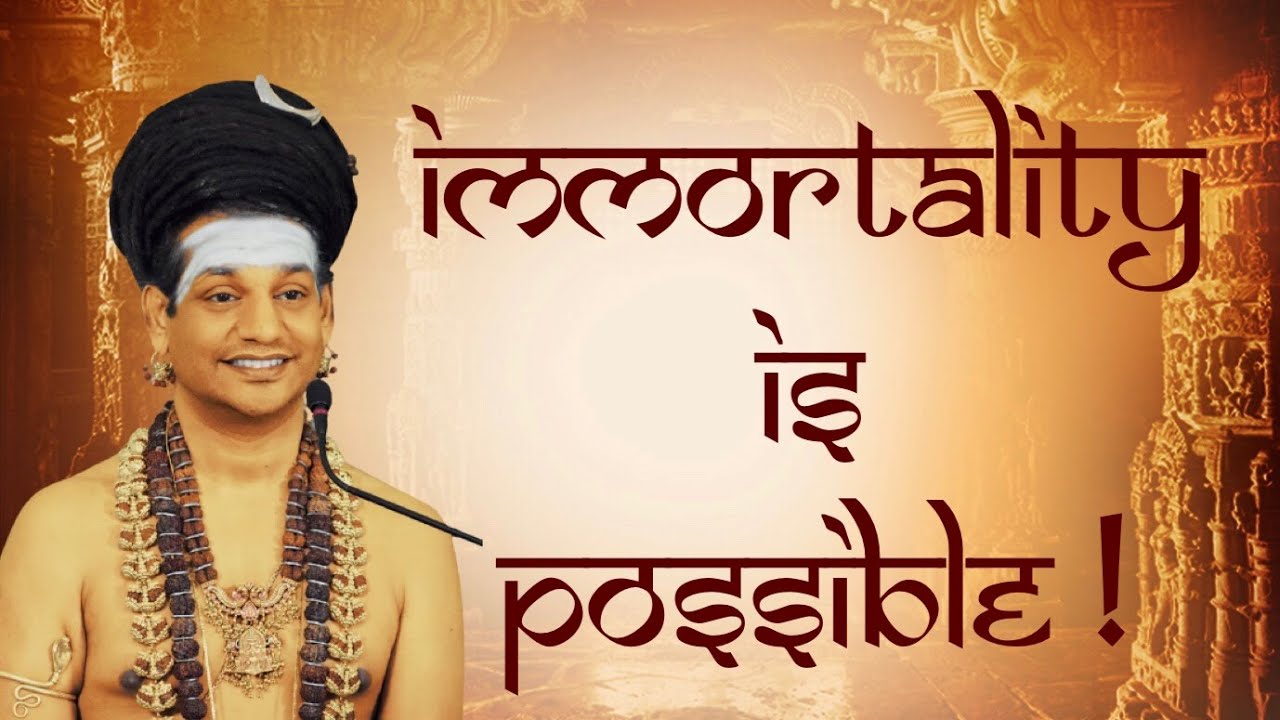 Name of Convention: Live Stream Nithyananda TV Session on: Amritattva Aushadha Workshop Date: 03 December 2017 Venue: Adi Kailasa, Bengaluru, India In this video the Supreme Pontiff of Hinduism HDH #Nithyananda Paramashivam introduces the science of aushadha, and immortality. This is evidenced in the Shastras and has been successfully achieved in yogis that are either still living, or have left their body by their own will. HDH's physician, Dr B R Ramakrishna is the guest speaker who takes everyone through a very informative session on ayurveda. Dr Ramakrishna has a Ph.D and Master's degree in Ayurveda and Yoga. He has a very long experience of teaching Ayurveda, and is an expert in Ayurvedic pharmacology and Panchakarma. The Supreme Pontiff of Hinduism Jagatguru Mahasannidhanam His Divine Holiness Nithyananda Paramashivam (HDH) is the reviver of #KAILASA - the ancient enlightened civilization and the great cosmic borderless Hindu nation. Revered as the incarnation of Paramashiva - the primordial Hindu Divinity, HDH has a following of 2 billion Hindus worldwide with de facto spiritual embassies in over 150 countries. He has worked untiringly for over 26 years for the revival of Kailasa, for global peace and to give super conscious breakthrough to humanity. He has survived the worst persecution of multiple assassination attempts on person and on character by anti-Hindu elements. He is collecting, organising, preserving, time capsuling, decoding, spreading and reviving 20 Million source books of Hinduism and the 64 sacred arts & sciences like Ayurveda, music, dance, sculpting, astrology, vastu and much more. Close to 20,000 hours of HDH’s timeless talks have been recorded till date (Sep 2020), which are a treasure trove of powerful cognitions to solve individual and global problems of any kind.