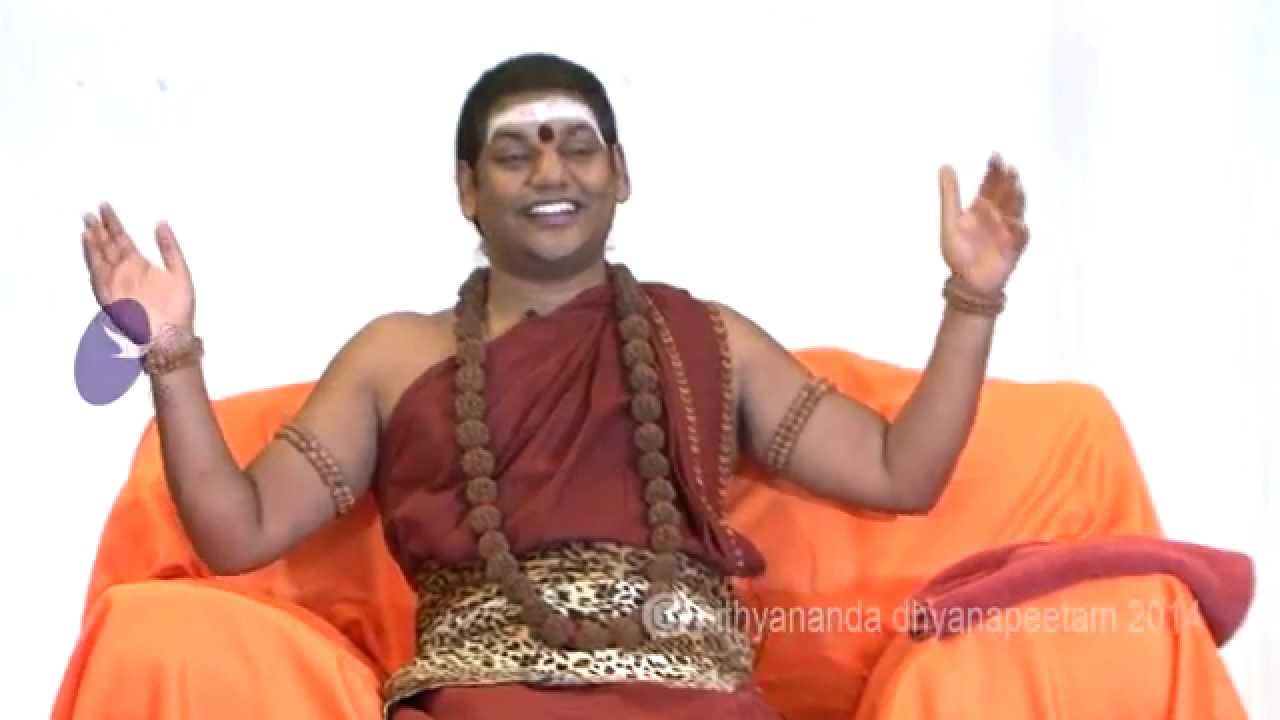 In today's ( 30 April 2014)morning Satsang from Varanasi, Paramahansa Nithyananda spoke about how the whole of Kashi is Gods and Goddesses celebrating. It is like a miniature cosmos. This city is not build out of stone, pillar, pole or construction material it is build out of all our intense sincere sacred sentiments. This city is older than history itself. Far older than legends itself. And still most fascinating. TRANSCRIPTS:- This place is Ananda Vana. Varanasi is called as Ananda Vana, because it is Mahadeva's quarters. This is where he lives. The first quarters he built for himself. The first city he developed for himself! Ananda Vana! All of you may be aware that the 26th Inner Awakening is starting tomorrow in Ananda Vana, Varanasi. And 23rd eN-Genius. Let me be very honest: Whenever I come to Varanasi, I feel like the owner! That is the exact feeling! Like a king, owner! This the place of Vishwanatha, Kaalabhairava. ? ??????????????????????????????? ? ? Nithyam Adhwitheeyam Ishta Daivatham Niranjanam? Kaalabhairava, the space of eternal Advaitha. ? ??????????????????????????????? ? ? Nithyam Adhwitheeyam Ishta Daivatham Niranjanam? Just when I was coming to the satsangh, I saw one of our devotees. She was so excited! Literally there itself she wanted to do Namaskar! I said, 'No, no, no! It is a public place. Let us go to the hall and do Namaskar!' Then when we came to the hall, she did Namaskar. I said, 'Wait, wait, wait....hold on your excitement!' When I enter into Kashi, I myself feel the same excitement. I wanted to touch every stone, every tree, and do Namaskar to everything! Kashi is Ananda Vana! Swamiji to the devotee: Don't worry, you have not done any mistake! She is not understanding what I am saying. She was about to touch my feet. All the Swamis who were there stopped her. I also said, 'Stop...don't do!' Because there were so many people there. Then as I walked into the hall I said, 'Now you can do Namaskar.' Because I didn't want people to say, 'Oh, people fall at his feet on the road itself!' This is Ananda Vana, this place! Whenever I land in this place, this Kundalini goes crazy! MY Kundalini itself! And where it is I don't know! And the energy the body radiates! So healthy it feels! The whole inner-space, and the.....! So, literally, the word "Ananda Vana" is true! That is why this place melts away all the karmas! Please understand, yesterday, yesterday evening, I can say, late evening, we were all having night out on the Ganga in a boat. We all went to be with Ganga. It was so nice! And we did the formal Kashi Yaathra, which you are supposed to do from Assi to Varuna; that is called Kashi Pradakshina; means, going around. All the Inner Awakening participants, don't worry, you will also be doing that in the next few days. And we were doing Rudrabhishekam. After the Rudrabhishekam -- I myself performed Rudrabhishekam for the Shivalinga which is supposed to go to Seattle; that deity I energized and did Rudrabbhishekam -- after the Rudrabhishekam, I told our Swami to put the flowers and milk into the Ganga. I saw, the moment he poured the flowers and milk into the Ganga, some thirty-forty bhootaas holding that! Only very little fell on Ganga! These fellows were holding and running, spilling here, there, here, there, that milk and flowers! I was wondering what these fellows were doing. They are all Ganga cleaners. They were all the conscious cleaners of Ganga. They serve Mahadeva, means Kaalabhairava. They serve Kaalabhairava, helping Kaalabhairava to keep the Ganga spiritually clean. There are a few places where some of the worst sinners have taken bath. These fellows are taking the milk and sprinkling it in all those places, those areas! Only in Varanasi the bhootas and prethas have the right to enter an enlightened Master's energy field. Otherwise, they cannot enter my energy field. The moment they enter my energy field, they will be liberated! So, they are all like Ishvara Kotis. Kaalabhairava allows them to be in that shareera. So, they never harm anybody. They only serve. Bhootas and prethas means the people who leave the body before the time they were supposed to leave the body. And in Kashi these fellows get a special opportunity to serve Mahadeva, serve Kaalabhairava, like keeping the place clean, like scavengers, and keeping the unwanted fellows out of Varanasi. The fellows who are not qualified to be in Varanasi, they keep them out. And the people who are supposed to be in Varanasi, they send them here. It is like cleaning and security job the bhootas and prethas do in Varanasi! The whole Kashi is celebrating, understand that!