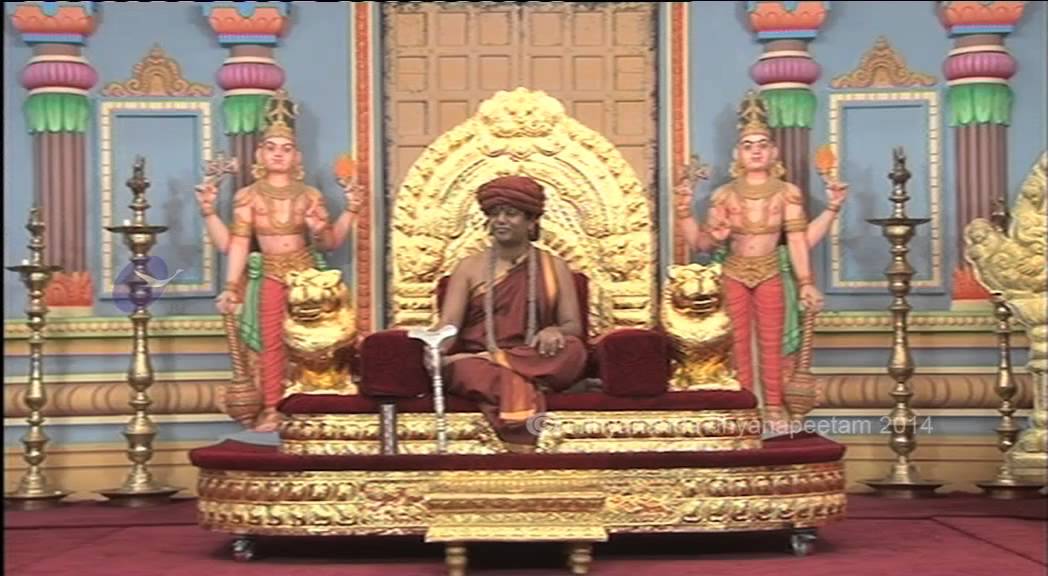 Master Loves You But Not Your Patterns

In today's (21st February, 2014) Satsang, Paramahamsa Nithyananda asks to let you create a powerful space by completion, and then build your life on it, "let your life be built on the space of completion , not on confusion" - he says. Swamiji continues "Only if you have the space of completion in, even if you are directly guided by the Master, anything He says will be the answer from you inside." "First thing, do not have deep love for your dirty patterns, do not associate yourself with your pattern, when the master touches your pattern, He loves you and hates your pattern." "Ability to disassociate yourself constantly from the known patterns is consciousness." Watch the full discourse Share and subscribe to our channel to be notified of the next upload http://www.youtube.com/subscription_center?add_user=lifeblissfoundation 21st February, 2014 Morning Satsang of Paramahasa Nithyananda visit TRANSCRIPTIONS:- There are some basic laws of life. If you are intelligent enough, you directly understand and grasp it. Or you get beaten by life. Actually, it is not even that life beats you. If you go and hit yourself against a wall, wall has not beaten you; you have hit yourself against the wall! So, life does not beat you; you go and hit at the life and get beaten. Understand, anything in your life is possible by creation of the right space inside. Whether you are caught in the delusion of “hard work” or in the illusion of “some luck will happen”, understand, delusion or illusion..... I wanted everyone of you to come to the space of listening. It is such an important subtle truth. Even if you miss a few words you may miss the whole thing! So, listen! Sometimes we believe that to get anything is very difficult. Our first priority of belief is: “Impossible”. The second priority is: “Very hard”. The third priority is: “It is very difficult”. These are the priorities we have. Any work, first, our belief of “Impossible! Forget about it!” Or, “Very difficult!” Or, “Very hard!” This is one set of beliefs with which we work. Actually, how we develop this belief you know? We want to tell others we are great people! Arrey, tell others you are great by your great contributions, enriching everyone’s life, not by showing you have suffered so much! Every beggar in the street suffers so much; that doesn’t make him great! We constantly believe if we show that we have suffered so much, struggled so much, we can become heroes in life. Negative heroism; negative heroism is one of the worst foolish things! Be a hero always by the positive contribution you are adding. When you try to show you are a big guy because you have suffered a lot, you are achieving very difficult things, even regular things you will start projecting it as “very difficult”, “impossible”, “very hard”. Sometimes, I have seen, these fellows, these corrupt brokers who try to mediate between ordinary citizens and government officials, for any work to get done they say, ‘Oh, these are all not possible! This document you will never get it! It is very difficult! Give me two lakh rupees.’ Which you would have got it just by RTI (Right To Information Act), for ten rupees! You also start doing the same from the beginning in your life. You want to show you are a big guy. So funny! You start projecting everything as “very difficult”. By and by, you also start believing it that you are doing very difficult things! What is Sangha? Taking up a Dhamma which is embodiment of Buddha and start experiencing that in your life, radiating that Nithyanandoham, “I am Nithyananda”! For the sake of a Dhamma which is demonstrated by the Buddha, when you start living, that is Sangha. That has started happening only in 2013! Before that, Sangha is: Every individual consciously deciding to form and live the Dhamma which is demonstrated by Buddha. That is Sangha. So whenever I see sometimes people coming and telling me, if you don’t how to build the graph consciously, you will always be singing about the accidental peaks that happened in your life. The fellows who are talking about the peaks, but don’t have the capability to raise themselves to the next level peaks, be very clear, in their life the peaks have happened accidentally! I am not an accident; I am an incarnation! I am not an accident; I am an incarnation! Listen! The space you create, take responsibility for, becomes reality. Before you create the space, even if you feel some luck is happening, that will not stay with you; that will not be stable with you. With the space, out of the space if you create, the inner space if you create, even if somebody tries to take it away, it cannot be taken away from you! That is what I saw in my experience.