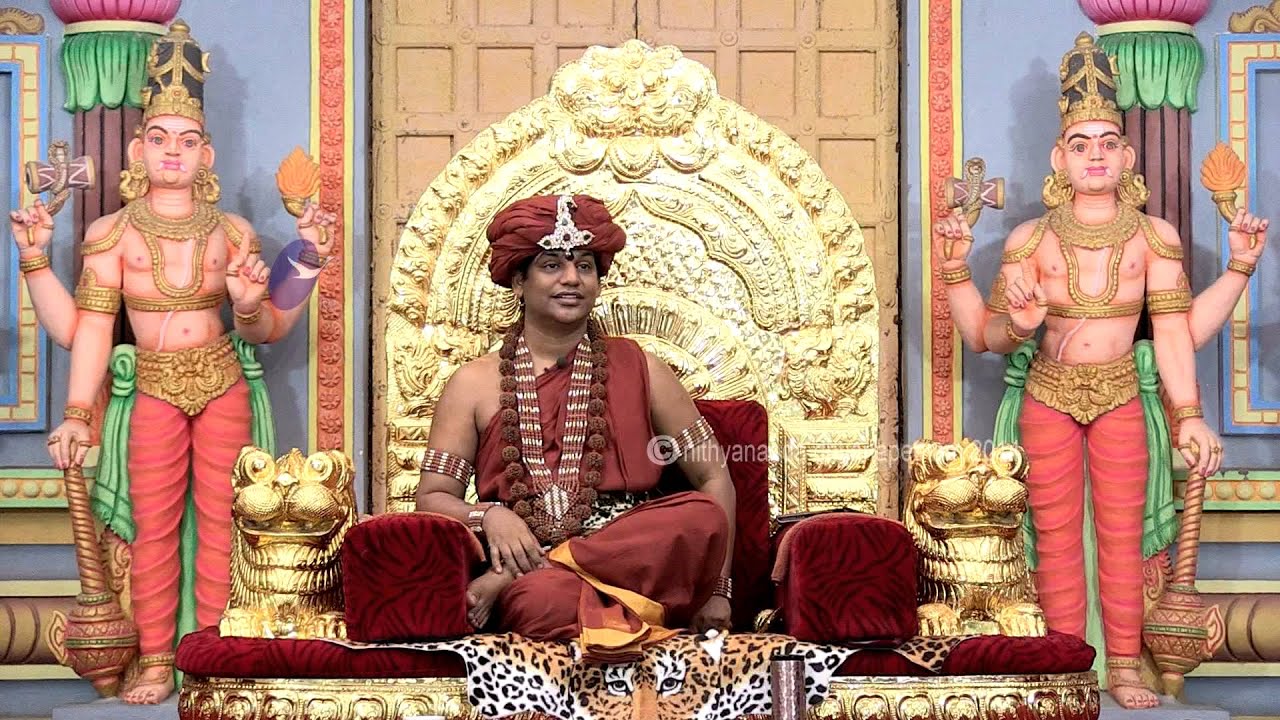 Perpetual completion is the only spiritual practice

In today's (24th April, 2014) morning Satsang, Paramahamsa Nithyananda told precisely how to build the authentic identity. He revealed that we have started believing that the No Mind State can be achieved by the messy mind. This is not true. The mind must be organized before jumping into the no mind state. We must jump from the Authentic Identity. Perpetual completion; bringing authenticity to your thinking, actions and words is how we should organize the mind. Tags-Paramahamsa Nithyananda, precisely how to build the authentic identity, No Mind state, true organized, Authentic Identity,perpetual completion, authenticity, thinking, actions, words, organize the mind. TRANSCRIPTS:- Today I will teach precisely how to build the authentic identity. First thing, one of the biggest mistakes our bhaashyakaaraas, vaarthikakaaraas, tikakaaraas..... Hinduism has commentators commenting on commentaries, commenting on the commentary of the commentary. Please listen, Hinduism has commentators, people who comment on the commentary, people who comment on the commentary of the commentary. Bhaashyakaaras are commentators, vaarthikakaaraas are the commentators of the commentary, tikakaaraas are the commentators on the commentary of the commentary. Let me tell you the truth as it is, the stark reality. Please understand, as a representative of Hinduism, and Spiritual Head of one of the oldest apex bodies of Hinduism, now very recently coronated as one more Peetadhipathi of one of the oldest mathas (monastery), the name of which will soon be released.... Listen, I am a representative of Hinduism. I don't mean to disrespect Hinduism. But I need to tell you the problem we created for ourselves. The stark reality is -- a very big miss which led to a very big mess -- we started thinking that the space of the "no-mind" can be directly achieved from this messy mind. Both your legs are tied with the chain in this mess mud, but you go on thinking you can just jump and fall into heaven. It is very unfortunate, the bhaashyakaaraas, vaarthikakaaras, tikakaaraas, of many of the Hindu philosophies..... Bhaashyakaaras means Shankara, Vaarthikakaaras means Sureshwaraachaarya. But, here, when I am using the word bhaashyakaara, vaarthikakaara, tikakaara, I am not mentioning them, I am not talking about them, I am talking about many people who tried to interpret, but missed this, one of the very important points: From the messy mind, you cannot take a jump into the "no-mind" space. Only from an organized mind, you can enter into "no-mind" space, go beyond "no-mind" space. Ramakrishna was able to catch it because Ramakrishna is an experiential expression. He says very clearly, 'It is from Vidya Ahankaara only you can jump into the space of "no ahankaara"! So, the first thing all of us have to realize is, the authentic identity you are building is a spiritual practice. Only from this you can take the quantum jump of beyond identity, the space of beyond identity. We always think, 'After all, from the bridge if I am going to jump into the river, why should I build the bridge?' But, without bridge if you directly try to jump into the river, you may die by hitting yourself on a rock! From the banks if you just try to jump into the river, what will happen? You may die on the rocks which are there on the banks! So, even to jump into the river, you have to find the right place from where you can jump and enjoy the river. So, you need to build a bridge even if you are going to jump into the river. You need to build an authentic identity even if you are going to enter into the space of "beyond identity". That is the first lesson. Buddhism, I tell you -- being one of the leaders of Hinduism, I tell you with all respect -- Buddhism did not miss this truth: You need to build the mind to jump beyond mind. Very unfortunately, we missed it! We really missed it! Very bad miss! We were always imagining that just like that suddenly you can jump into "no-mind". It is possible -- I am not saying it is not possible -- sudden enlightenment is possible, but it is not for the masses. Very rare, a few intelligent beings declare the sudden Completion like Valmiki, Ramadasa, Arunagirinatha Swamigal of Tiruvannamalai -- not Arunagiri Yogishwara, but Arunagirinatha, a great devotee of Subramanya -- Kanakadasa. There were, there are, there will be a few beings who had the spontaneous enlightenment, the sudden jump into mindlessness, into the Cosmos, into the consciousness, and declared Completion suddenly. But that is not a system; that is an exemption. Exemption cannot be celebrated as a system; that is one of the biggest mess and miss Hindus had.