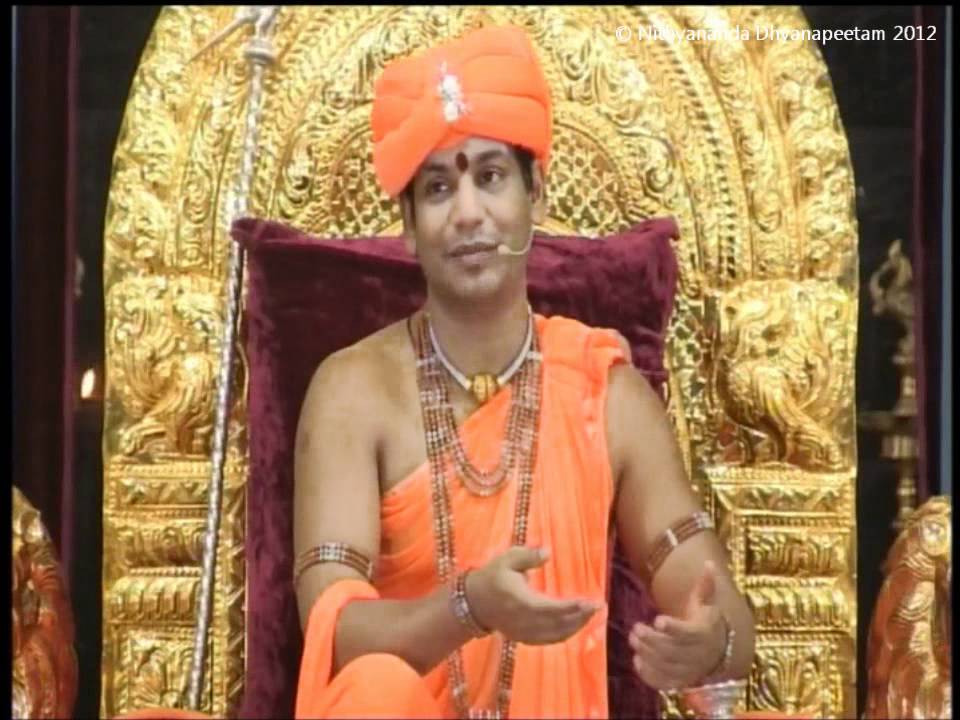 Q & A: Trust, Devotion, Will, Initiation

In today's morning satsang, Paramahamsa Nithyananda (Swamiji) replies to devotees' questions. The first question concerns why we don't have ecstatic experiences when we desire to. Paramahamsa responds that even when the wish is strong, if the mind has doubts the experience may not occur. Second, a devotee asks if keeping silence is the best way to expand our inner space. Paramahamsa says that verbal silence is a beginning, but the goal is complete conscious silence. At that point expansion can unfold. A non-Indian devotee asks why there is a custom of touching the guru's feet. Paramahamsa answers that guru puja is the oldest ritual of the Vedic tradition: it springs from overflowing gratitude and respect. The fourth questioner wants to know whether will is a part of our mind or our being. The reply is that it is neither -- it is a bridge hanging between the two. The final question is from a youngster longing to present his parents to Swamiji. Paramahamsa comments that it is ironic that in older days parents brought their children to the guru -- and now children are trying to bring the parents. He advises a sincere, loving approach with an open heart. TRANSCRIPTIONS:- Question: Dear Swamiji, you said, "When I want the headache to disappear, I have given more energy for it to stay in me". In that case why have I not given more energy for spiritual experiences like Samadhi and kundalini energy even though I want it? Rupak Id no. 64 Swamiji: Rupak 64, his question - Dear Swamiji you said when I want the headache to disappear, I have given more energy for it to stay in me. In that case why have I not given more energy for spiritual experiences like Samadhi or kundalini energy even though I want it. Please understand, wanting it is one, believing it, is possible trusting it, is possible is another one. Let me give you a small story. One guy who was trying his best to get a boon from Shiva. So every morning he will pour water, milk, all kinds of offerings, he will make to Shiva deity he had and do the pooja. Sit in front of the Shiva and chant Namah Shivaya, Namah Shivaya, Namah Shivaya and literally nag Shiva to give that boon. Literally force Shiva to give that boon. Shiva was not responding at all. Finally one day he got fed up and he became angry. The greed, when it is not fulfilled turns as anger. When it turned out as anger he became so angry, he decided to teach a lesson to Shiva. He brought one Vishnu Moorthy, Vishnu deity and started doing all the pooja to Vishnu. Just to tease Shiva, he will do everything whatever he was doing to Shiva to Vishnu, saying "you are useless God, now I am worshiping real God, who will give me the boon", he will do, he was doing all the rituals. Finally he put incense stick also. That incense smoke was slowly moving in the wind towards the Shiva deity. He could not tolerate that incense he kept for Vishnu is being smelled by Shiva. He jumped on the deity and caught hold of the nose strongly, closed the nose nostrils. "You should not smell my incense. It is only for Vishnu, How dare this incense comes to your nose, this smell comes to your nose". He was so strongly holding the nostril, suddenly, in few seconds, he literally felt he is holding flesh and bones, somebody's real nostrils, nose. When he opened the eyes he saw Shiva was sitting. He was really sitting. He was there. The moment he saw Shiva he could not control, all his anger pseudo anger everything went away. He fell at the feet of Shiva, and asked him, "please apologize me, please forgive me". He asked for the apologize, "please forgive me", then Shiva asked, "oh my son, what do you want tell me?" He asked his boon. Shiva gave him the boon. Suddenly this guy had a doubt. He asked Shiva, " oh lord, I was praying to you so strongly, doing so much of puja, abishekams, sacred bath, offerings, so many things I was doing, repetition of your name, everything, why did you not appear at that time? When I was holding your nose, you should not smell my incense in anger, you appeared. What is this logic, I am not able to understand". Shiva so beautifully says, "Even in your greed you did not have strong trust I am in that deity. You only have to imagine Shiva is there. I am doing, he may accept. In one corner of your mind, "who knows Shiva is sitting in this". One corner of your mind was always commenting on your action, there was never 100 percent doubtless trust. But in your anger, you did not have one inch of doubt I am there in that deity. When you held your nostril, When you held my noses strongly, even one second you did not have a doubt. Your unconscious mind was not commenting, giving the cricket commentary behind. "Who knows Shiva is in this deity. Who knows he is accepting all your milk. It is going down the drain and you are wasting your money, time, energy". You did not have any of the doubts when you were holding my nose. You know Shiva is there and you have to take revenge.