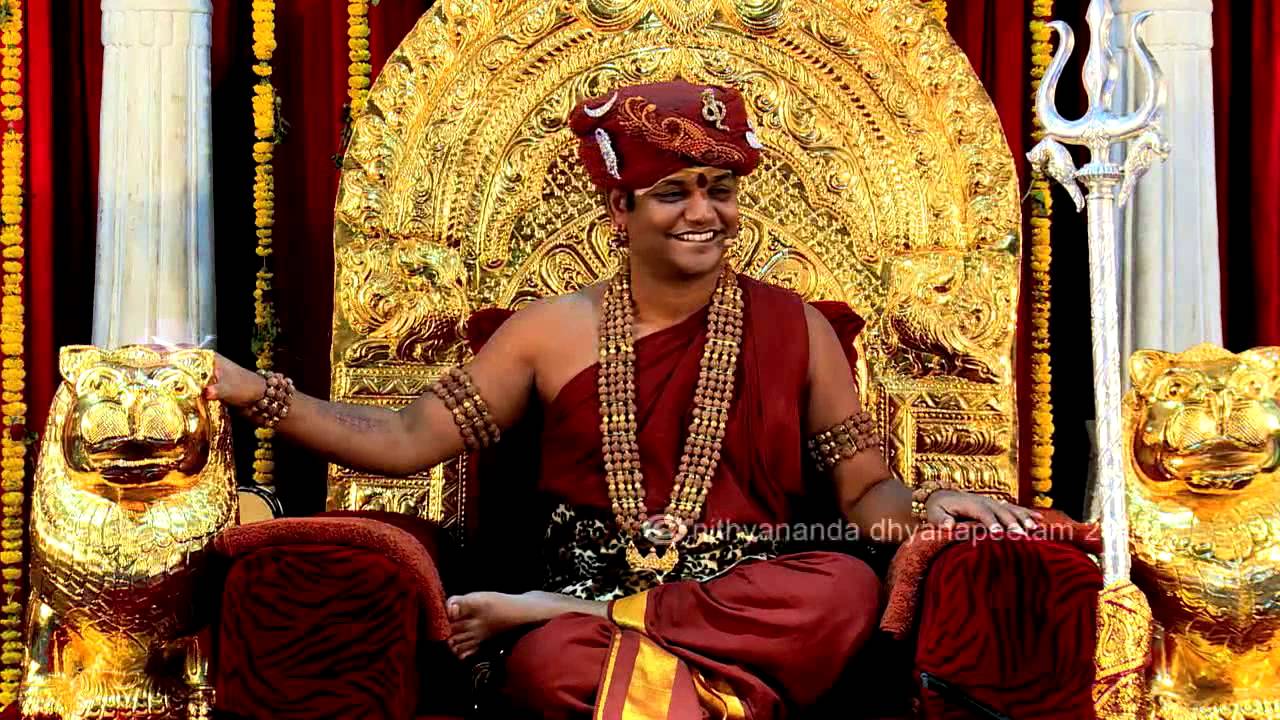 Rededicate Yourself to Dharma

In today's (04th May, 2014) morning Satsang from Varanasi, Paramahamsa Nithyananda announced that today is Adi Shankara's Jayanthi, and that he respects Shankara for choosing to be part of the lineage that created him rather than breaking from Sanatana Hindu Dharma and starting his own sect. This same day is also the Jayanthi of Acharya Ramanuja; who had the patience and compassion to stay in the body for 127 years. He then encouraged us to live the core beliefs, lifestyle and fashion of Sanatana Hindu Dharma to the minutest detail. TRANSCRIPTS:- Today, a very important day for the whole of Hinduism, the Sanatana Hindu Dharma, the day, the greatest reviver of our Dharma, our Acharya, Adi Shankara is born. Even though it feels like a grammar mistake, I cannot use "was" for any of these Acharyas. So, I am using "is", even though it is a grammar mistake. Adi Shankara, one of the greatest beings, greatest Masters, the reviver of Hindu tradition, Sanatana Hindu Dharma, he was more charismatic than the Buddha, but not greedy to be a separate cult. That is why he stood by Sanatana Hindu Dharma. There are a few people who try to make themselves heroes just by saying "No" to everything which is prior to them. But there are some people who can demonstrate their unique contribution without saying "No" to whatever exists prior to them. The second needs more intelligence. Shankara was charismatic enough. If he had said "No" to all the prior things which existed before him, he would have become another one religion. He has all the components to become a separate religion -- charisma, intelligence, infrastructure, ability to convince people, play with words, everything he had, and, ultimately, the ability to transmit the experience. But his sacrifice, the ultimate sacrifice: he just decided to be one Acharya in the great lineage! He was so grateful to the tradition which made him. I am not disrespecting Buddha. Just two days before I had so much of praise for Buddha. Please don't mistake me. But the stark realities have to be told to you. I don't repent at all sending all these Mahants, Kotharis, Thanedars, out of this hall with strong words: 'Get out of this hall! Apply chandan (sandal paste) and come back!' I don't repent. If I didn't do this, I am afraid, after I leave this body, you guys may separate yourself from Sanatana Hindu Dharma, which I don't want to happen! Just one step -- having Kali inside the Ramakrishna Mission -- if they had decided, so much good would have happened to Sanatana Hindu Dharma! I am not underestimating their contribution, Ramakrishna Mission's contribution to Hinduism, but just this one decision -- having Kali also inside their temples and ashrams -- so much good would have happened to Sanatana Hindu Dharma! In future, I don't want you guys to remove Mahadeva's deities from our ashrams and temples. That is why I insist I take time, even though it looks very strong when I use strong words, 'Get out of the hall! Apply chandan and come back!' I know I am training you guys to keep something very valuable for Planet Earth forever! Forever! I am very clear, I will always be a reviver of Sanatana Hindu Dharma, never founder of anything new. My deep gratitude to my Masters, my gurus. I had the fortune of getting enriched by more than one guru, enlightened beings. My gratitude to my gurus who made me is, I will ever remain as only the reviver of Sanatana Hindu Dharma, never the founder of something separate, away from Sanatana Dharma. I want all the Mahants, Kotharis, Thanedars who are the owners of the Sangha to remember this: You will all follow the minute details, understand? In any culture, there are core things, lifestyle things, fashion things. For example, in the western culture, if I have to say Core things -- your belief about life, death, materialism, your belief about money, what for you work the whole day, what you think as joy and pain -- all these are core things. Then Lifestyle -- the number of cars you want to own, the number of houses you want to own, the number of items you want to own, the way you want to be remembered by your friends and family -- lifestyle things. Then Fashion -- the handbag you carry, the lipstick you use, the shoe you wear, the tie you use -- fashion. Understand, my disciples, you guys will follow Sanatana Hindu Dharma in all these three levels -- Core Beliefs, Lifestyle, Fashion. Our Core Beliefs are like major questions we have about life -- life, death, karma, renunciation, dharma, artha, kaama, moksha -- all these are Core Beliefs. Then Lifestyle -- what we own, what we share, how we earn, how we showcase ourselves -- lifestyle.