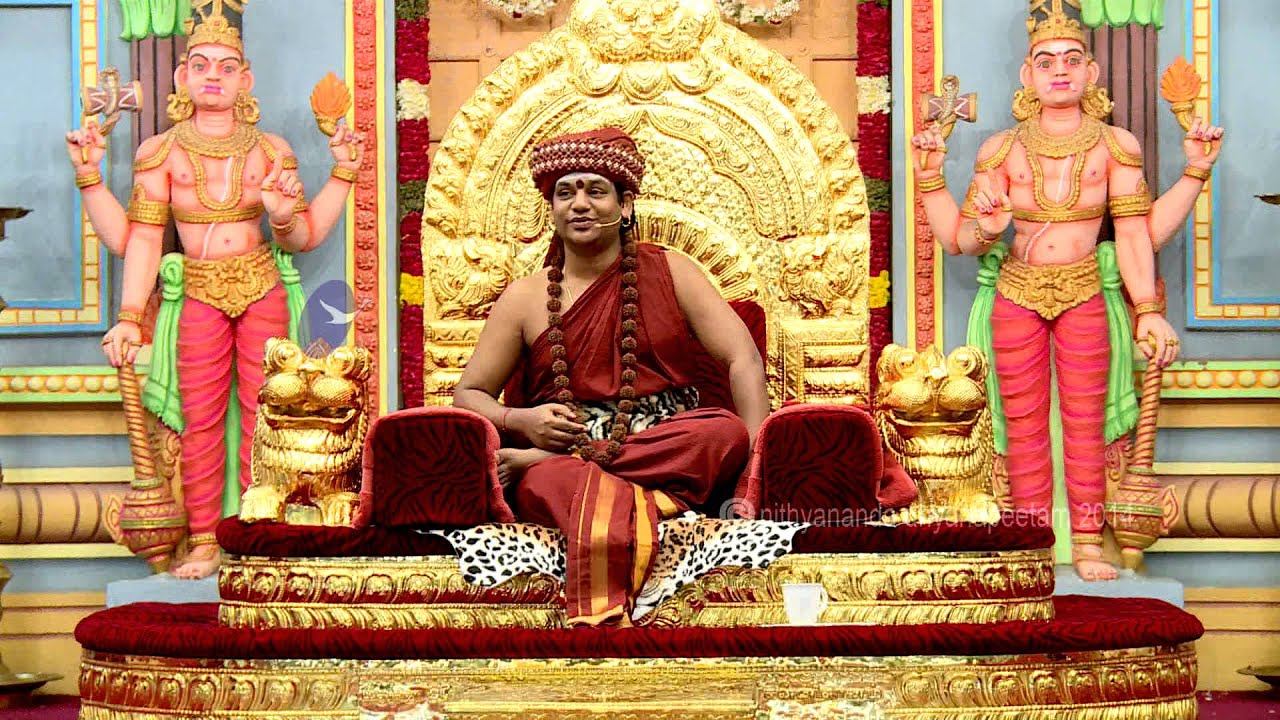 In today's (02nd June, 2014) morning satsang, Paramahamsa Nithyananda, spoke on Living Advaitha and Recreating Your Reality. He advised us that when you create a space for something and then have an incompletion; the whole thing collapses. You need to complete the incompletion and then re-create the space again becaue the incompletion caused the space to collapse. Learning the state to be in is the science of creating space TRANSCRIPTS:- Today I will expand on LIVING ADVAITHA and RECREATING OUR REALITY. Please understand, every time you visualize and make it into reality, it is called "Creation". But you visualize, you didn't make it into reality, you failed, means, it is only "Recreation", it cannot be direct creation. Please understand, every time you hold a space for something, if there is incompletion, if there is an incompletion, the reality you created collapses. So, again you will have to complete this incompletion and hold that reality back. So, listen, so it cannot be called as "Creation". I wanted everyone of you to provide intense listening, because one of the major mistakes we are doing in the Science of Creating Space and why we go on losing confidence over space or blaming ourselves, 'Oh, this space creation and all works sometimes, doesn't work sometimes, many times it doesn't work.' Listen! I want you to learn these nitty gritties of space creation. Once you create a space, if there is an incompletion, the whole space collapses. Don't think if you just complete that incompletion, that space runs. No! You have to recreate again. So, whenever you find an incompletion, complete that incompletion and drop and recreate the whole space again. Only then it gets its own individual energy, intelligence, inspiration. Listen! I will give you the exact example. For example, I wanted health, or some things to happen as I want. It is an example I am giving. Let me give you an example of..... If you want wealth, you create the space for attracting may be hundred million dollars. After you created the space, after two-three minutes, you think, 'Baaah! Who is going to get fooled by this space creation idea and all? May be by teaching this space creation idea, he (Swamiji) might have become what he wanted to achieve, but we have not got anything.' Some foolish things. But the moment that incompletion comes, you catch that, you catch your SDHD (Self-Doubt, Hatred, Denial) and complete with that and drop. After you complete and drop, you think that space you created earlier is by itself powerful. No! Once you complete the incompletion, again you have to visualize step-by-step and create the space, because when you complete the incompletions and drop them, along with that, the visualization you created earlier also goes away. See, the next few days I really wanted to teach you the science of space creation. The science of space creation is a self-Kundalini-awakening process, understand? The science of space creation is a self-Kundalini-awakening process. You can awaken your Kundalini on your own right, on your own energy, on your own intelligence. You can awaken your Kundalini on your own. This science of space creation, the science of creating the space can awaken your Kundalini on your own and keep your Kundalini in the right direction. Vivekananda says, 'Unless you complete each incompletion, even if your Kundalini awakens, there is a possibility you can send your Kundalini energy into your incompletions.' See, Kundalini energy is like a lottery given to you. You can use it for whatever you want. I heard one fellow was using it for the Escort Service! The lottery he won, he is using it for Escort Service! Oh God! Soon you will come to know who! Kundalini is like a lottery given to you. You can either use it for some good purposes or for bad purposes; means, self-destructive. That is why I always insist on, 'First do Completion, Completion, Completion, then the Kundalini awakening.' Poornathwa Kriya, Poornathwa Kriya, Poornathwa Kriya! Completion, Completion, Completion! Then the Kundalini should he awakened. Completion, Completion, Completion, then the Kundalini should be awakened. Listen! Without Completion when Kundalini is awakened sometimes people fall into depression. Not just depression; "Tipression"! "Depression" is decent, high level depression. "Tipression" is very cheap, low level. Even in depression, there is a category based on the pronunciation: "Depression", "Tipression". "Dep", "Tip"! Understand, a cheap level depression, what it means you know? Really, really, it is unworthy, stupid, useless, bogus, literally like seeing a rope as a snake and getting frightened,