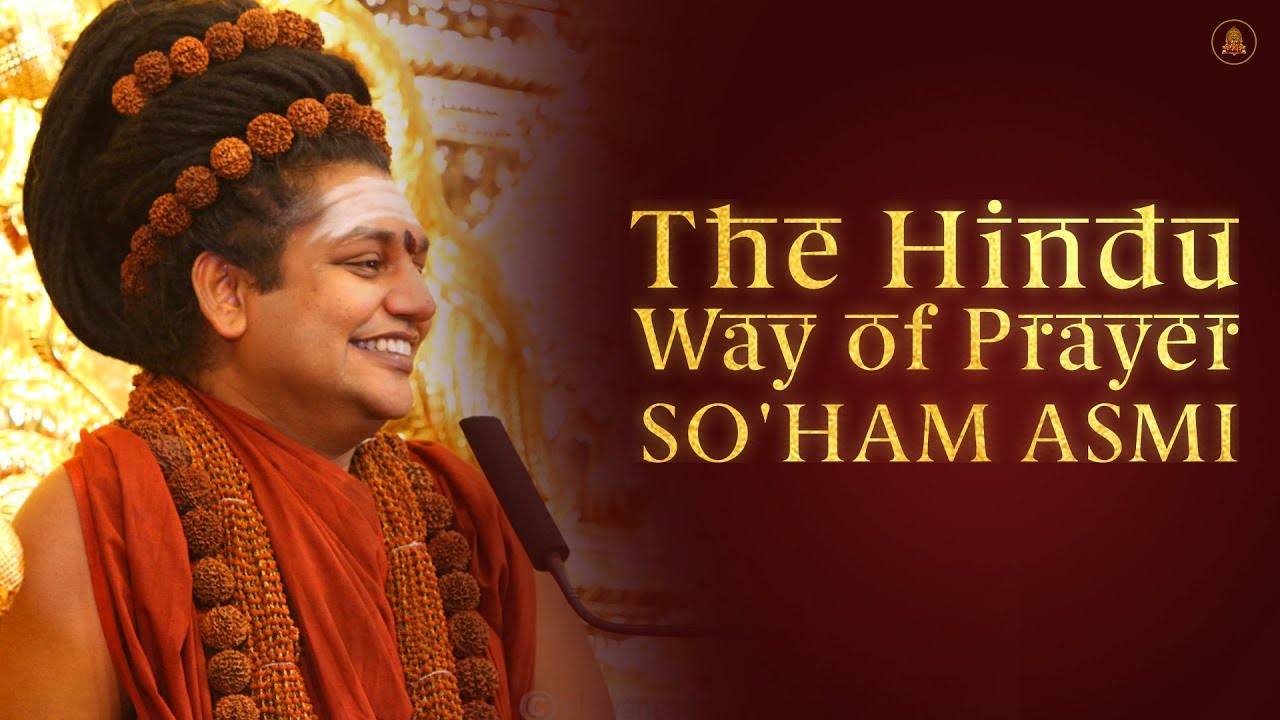 In today's Nithya Satsang (21 January 2016) on Isa Upanishad in Living Advaita series , Paramahamsa Nithyananda gives the essence of verse 16 – which holds in it the grand narrative of Hinduism. The Upanishadic Rishis declare that - even while they pray to the Consciousness, indeed, they are verily 'oneness' with IT. SO'HAM ASMI – I AM HE. This is the ideal of the Hindu way of Prayer or Prarthana – where in, even when a seeker, a devotee has not yet realized the Oneness or Adviata with the Whole, yet he/she prays, relates and rejoices with the Divine, knowing that his self and the Consciousness are ever ONE and that center of Oneness is what is prayed onto for fulfillment of desires and wishes, or devotion. Such a way of connecting with the Divine, from pure Oneness, quickly ensures the prayers becoming reality; for it is done from the center of the ultimate truth, Advaita. All paths of Hinduism merge under this universal, eternal truth of SO'HAM ASMI.