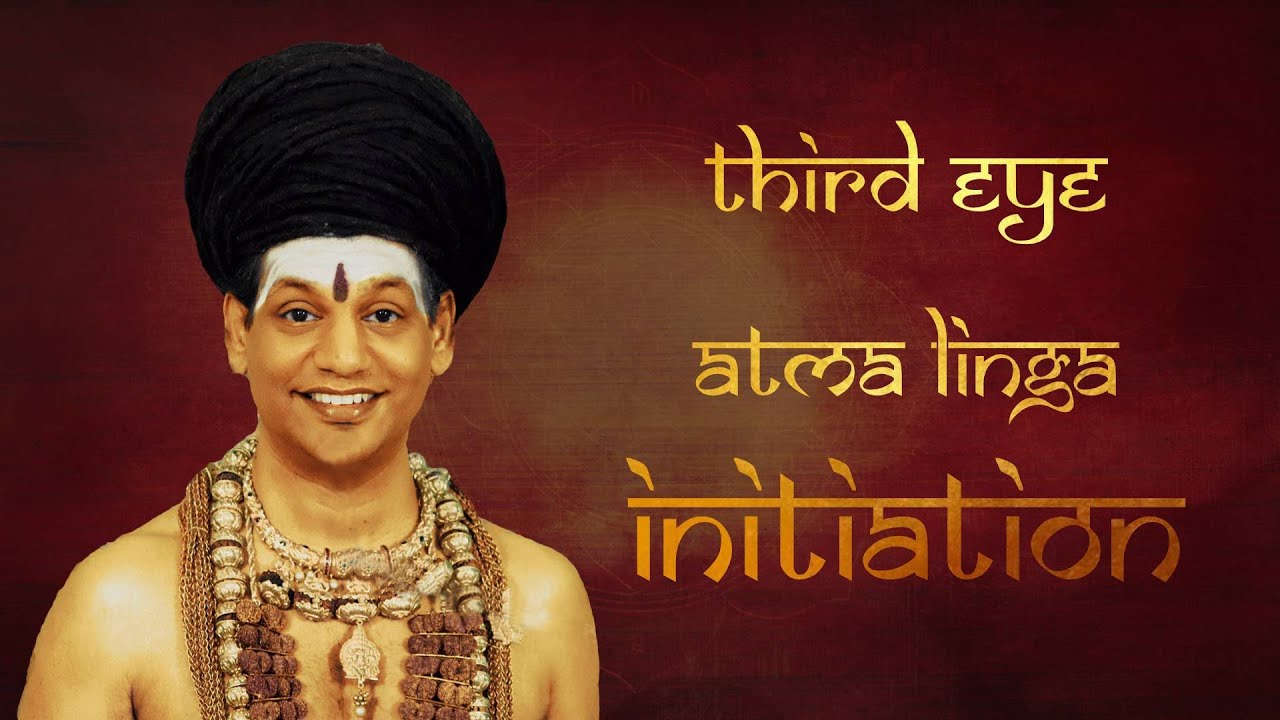 Name of Convention: Courtyard Session/Inner Awakening Title: Third Eye Atma Linga Initiation Session on: Initiation process awakening the third eye and kundalini shakti through the use of the Atma Linga crystal Date: 29 September 2017 Venue: Adi Kailasa, Bengaluru, Karnataka, India In this video Supreme Pontiff of Hinduism HDH #Nithyananda Paramashivam activates the third eye and kundalini energy through a powerful initiation process. This video is experiential. Whether one is physically present during this process or watching the video, the effect and power of the initiation are the same. Note: In this video, HDH Nithyanandam Paramashivam gives the instruction to place the Atma Linga on the third eye or the Vibuthi bag on the Sahasrara (Crown) center. Please have your Atma linga or vibhuti bag ready. If you do not have any of those, just sit in a relaxed way with your head, neck, and spine in a straight line while watching the video. The Supreme Pontiff of Hinduism Jagatguru Mahasannidhanam His Divine Holiness Nithyananda Paramashivam (HDH) is the reviver of #KAILASA - the ancient enlightened civilization and the great cosmic borderless Hindu nation. Revered as the incarnation of Paramashiva - the primordial Hindu Divinity, HDH has a following of 2 billion Hindus worldwide with de facto spiritual embassies in over 150 countries. He has worked untiringly for over 26 years for the revival of Kailasa, for global peace and to give super conscious breakthrough to humanity. He has survived the worst persecution of multiple assassination attempts on person and on character by anti-Hindu elements. He is collecting, organising, preserving, time capsuling, decoding, spreading and reviving 20 Million source books of Hinduism and the 64 sacred arts & sciences like Ayurveda, music, dance, sculpting, astrology, vastu and much more. Close to 20,000 hours of HDH’s timeless talks have been recorded till date (Sep 2020), which are a treasure trove of powerful cognitions to solve individual and global problems of any kind.