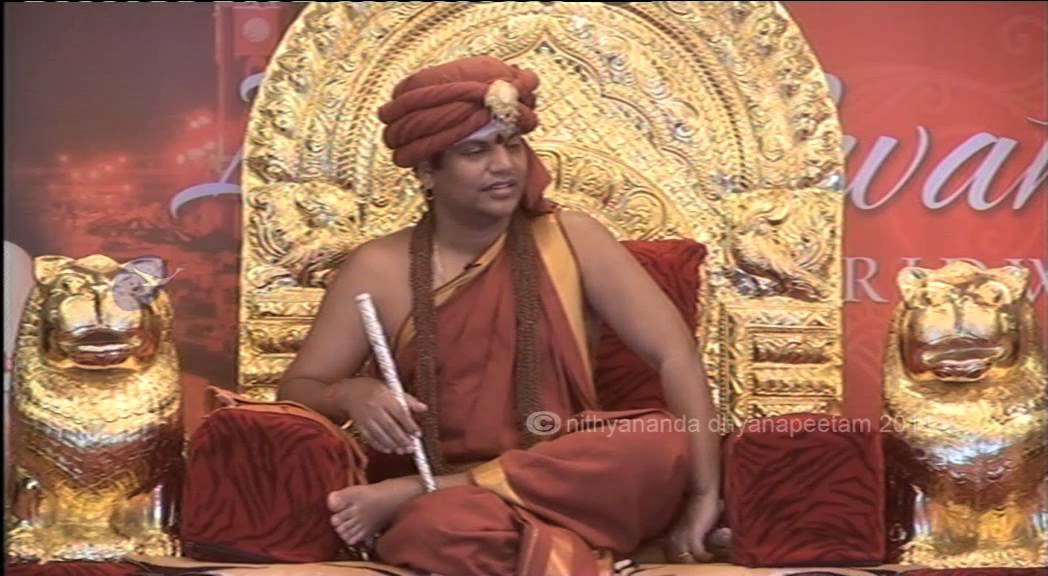 12th March, 2014 Nithya Satsang "Wake Up Like Shiva" of Paramahamsa Nithyananda visit: http://www.innerawakening.org/rewriteyourfuture TRANSCRIPTIONS:- Listen! When you have an incompletion to be fulfilled, that becomes the reason for making you feel you are multiple, something else other than you also exists. When the "I" becomes "we" because of the incompletions inserted, it is hell! So, in every step, the incompletion goes on, goes on, goes on adding more and more incompletion. Yesterday, I was telling you that, as simple as Rossogolla (an Indian sweet delicacy) or as complicated as extra-marital relationship, if it brings powerlessness to you, it will bring Karma to you. As complicated as extra-marital relationship, as simple as Rossogolla, if it does not bring powerlessness to you, it will only bring more and more glory to you. It will only reach you to more and more fulfilment. I am not saying start having extra-marital relationships! No! Because, this Marxist media is waiting to interpret me like that only! I am not telling you to start having extra-marital relationship! No! Actually, these subjects like extra-marital relationship, people neither listen if somebody says 'Don't have...", nor listen if somebody says, 'Go and have....'! These are all internal complications. Listen! Listen! But as a spiritual, enlightened being and an incarnation, I am talking only from the spiritual angle. Listen! Anything if it does not bring powerlessness to you, it will not bring Karma. It can be as complicated as going for a war, or as simple as chewing a pan (betel leaf), as complicated as killing millions in the war, or as simple as chewing a pan. It can be anything, but it will not bring Karma to you if it does not bring powerlessness to you. See, "I", when it experiences itself as "we" due to the pure Completion and creation, that is what is called the "Jagat Janana". The pure substance of the Existence, Shiva, out of creativity, joy, powerfulness, completion, becomes Devi and starts celebrating his own existence. Please listen, if you understand, understand; otherwise watch the re-telecast (of this satsangh). If you watch two-three times, you will understand. I am talking about Hindu macro cosmology and micro cosmology. Every day you can wake up like Mahadeva becoming Devi or as usual how you wake up; you have the freedom. Finally it boils down to whether you wake up like Shiva becoming Devi, or you becoming your personality, depends on the strength of Completion in you....strength of Completion in you....strength of Completion in you. You can see the difference; when Mahadeva becomes Prakriti it is so beautiful! Even the wild river, sometimes it becomes a flood and swallows thousands of lives. It is only flowing gracefully with its own existence. Only when you try to go and harass and step into its way, it has to swallow you. But, see, we human-beings, because out of incompletion, the "I" became "we" in us, we go on destroying everything. When man was naked, nirvani, the earth was clothed. When we became clothed, the earth has become naked! See, so much of dirty interference with macrocosm and the macrocosmic movements! All of you should know, a few days before I was reading an article. The huge hydro project which China is doing, the massive Three Gorges Dam project, is going to reduce the speed of the earth's rotation by 0.06 micro seconds! Please understand, the earth's rotation is going to be reduced, the speed is going to be reduced! Such a massive amount of water is going to get accumulated in one place! And now China is going to make our time more! The time, by 0.06 micro seconds the day is going to be elongated! Can you imagine? It is completely disastrous! I tell you, it should be stopped! If not, it is not going to be a disaster just for that country, China! That is all I can say! As an incarnation, I am responsible at least to warn about the stupid things humanity is doing when I am in the body. So I am warning: this level of interference with macrocosm is not right. Even trying to artificially make the rain happen through chemicals is wrong. We have a very well- established system, now fool-proof, time-tested: just call the bala sants of Nithyananda Order and make them do homa. When they say, 'Kaaley Varshathu Parjanyaha....' (Let the monsoon be timely and plentiful....), that is all! It just showers! Please understand, I am not just promoting my bala sants. I am telling the truth! I am telling you the truth! It is not just bala sants I am promoting, I am putting the facts in front. Anyhow, the intereference with the cosmology happens because of our deep incompletions.