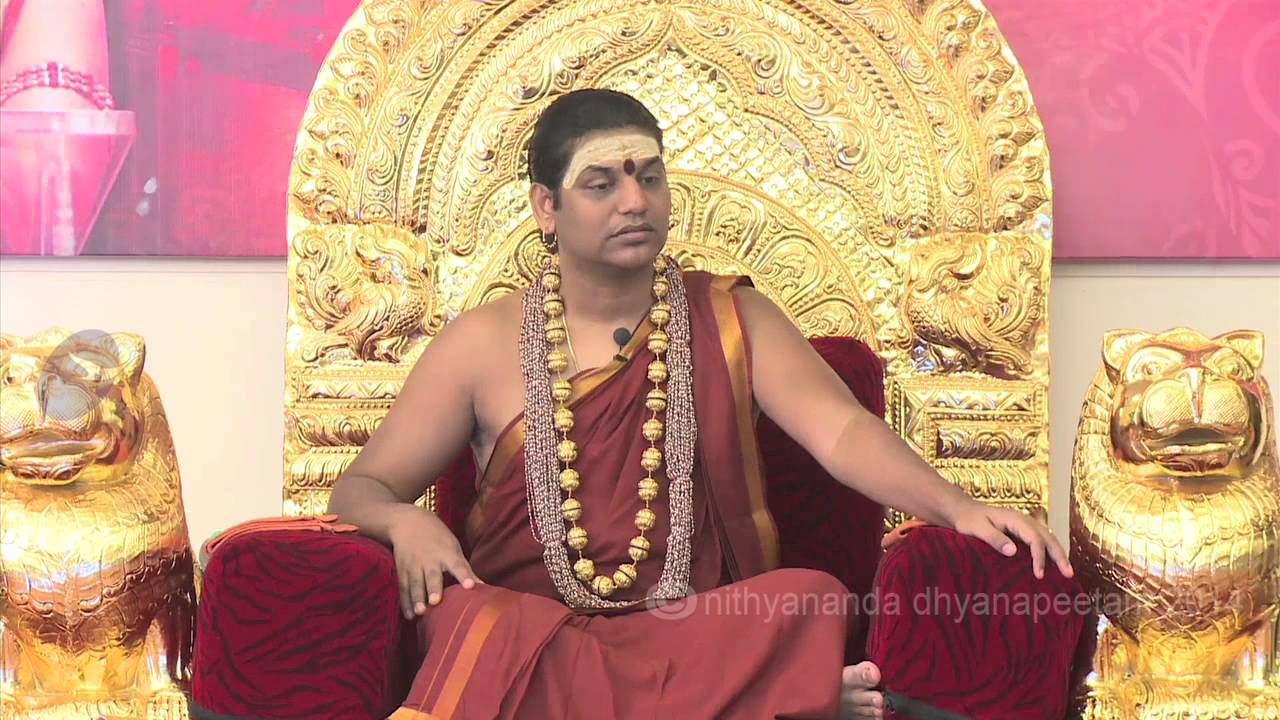 Was Mahabharata A Dharmic War?

In today's (15th January, 2014) morning Satsang, Paramahamsa Nithyananda advises us that in order to complete with SDHD, it is best to accept all of our various paradoxes and complexities. By hating any components of ourselves, we do not allow the transformation of those parts to happen. A potent way to learn how to handle the intricacies of our own personalities and of others is to study the Mahabharata. All the paradoxes and complexities of its characters can teach us how to understand not only our own components but how to handle life as it is! TRANSCRIPTIONS:- Kuala Lumpur-Palani is today offering "Anna Dhaan" for one-lakh (100,000) people. All our sannyasis, brahmacharis are working. You can all see the 100,000 people are given free food. The Nithyananda Hindu Sangam, Malaysia, is celebrating. You can see that. 100,000! Nithyananda Hindu Sangam, Malaysia, is distributing 100,000 food packets, you can see, in Kuala Lumpur, Batu Caves. Today is Thai Poosam Utsava. Today is the day when Subramanya became enlightened. Today is the same day when he appeared on Planet Earth. And, at the age of eight, Mahadeva gave him enlightenment. And in the South (South India), there is a tradition, on the same day Subramanya initiated Mahadeva at the age of twelve (Subramnya's age was 12 years at that time). In the South he (Subramanya) became "Shivagurunatha", he became Guru of Mahadeva! The story goes that Subramanya asked Brahma, 'Do you know the meaning of Pranava (OM)? Brahma was shaken! Brahma said, 'I know only the Pranava Mantra; I don't know the meaning.' Subramanya then arrested Brahma! He said, 'If you don't know the meaning, then you are not qualified to be the "Srishti Kartha" (the Creator). I will do your job!' The whole Cosmos was now shaken because the Creator was arrested! Mahadeva asked Subramanya, 'Hey, why did you arrest Brahma? Release him!' Subramanya said, 'He doesn't know the meaning of the Pranava Mantra. So I arrested him.' Then Mahadeva asked Subramanya, 'Do you know the meaning of the Pranava Mantra?' Subramanya said, 'Yes, I know. If you want to know, become my disciple; I will teach you!' Then, the story says, Mahadeva sits as Subramanya's disciple, and Subramanya initiates him into the Pranava Mantra. Subramanya was a kid; so Mahadeva was carrying him in his arms. When Subramanya was teaching the mantra to Mahadeva, whispering it into his ear, suddenly Mahadeva shifted Subramanya (who was in his arms) from one side to the other. Subramanya asked him, 'Why did you change me from your right ear to your left ear?' Then Mahadeva said, 'No, let your mother also hear! Half is hers na!' As Ardhanareeshwara (the Lord who is half-female), one side of Mahadeva is occupied by Devi Parvathi. (Usually, Devi is depicted as occupying the left half of Mahadeva). So, today is the day Subramanya initiated Mahadeva into Pranava. Then Mahadeva said,'Whoever does not know the meaning of the Pranava, he does not know the technology of Creation.' Then Brahma was released. So, all three festivals are observed today. Mainly in three States -- Andhra, Karnataka and Tamil Nadu -- because only these three States have a lot of Subramanya temples. Kukke Subramanya in Karnataka. And there is a big Subramanya temple in Andhra. Of course, Tamil Nadu is full of Subramanya temples. And, all over the world, wherever South Indians have settled, they created Subramanya temples. Everywhere, today is the celebration. Especially in Tamil Nadu, in Palani, I don't know how many lakhs will gather! And in Arunachala also today is a very big festival celebrating Sivagurunatha Swami, means who initiated Mahadeva himself, who taught the meaning of the Pranava to Mahadeva himself. So, as per the tradition, today whoever comes to Subramanya, he initiates all of them, he blesses all of them, accepts all of them as his disciples and followers. So, in Kuala Lumpur, Batu Caves, more than ten-lakh people -- one million people -- gather! Our devotees have put a huge "pandal" (tent-like structure). You can see tons and tons of food being packed and served. I think the way....the amount of food getting cooked and the number of volunteers working and the way it is being served, I think it will be more than 100,000 people! You can see the whole team is our volunteers' team, and the whole pandal is ours. You can see all our volunteers and you can see our banner -- "Anna Dhaanam -- Free Food for all"! Thai Poosa Anna Dhaanam! Great! My blessings to the whole Nithyananda Hindu Sangam, Malaysia, and the whole Malaysia itself! You guys are doing such a wonderful job, all your past incompletions will be washed away, all your incompletions will be washed away! You will all be complete and blissful! All our devotees, disciples, ashramites, Mahants, Kotharis, Thanedars, everyone in Malaysia, devotees, everyone, blessings to all of you! All your past incompletions will be washed away! You will all be blissful, complete!