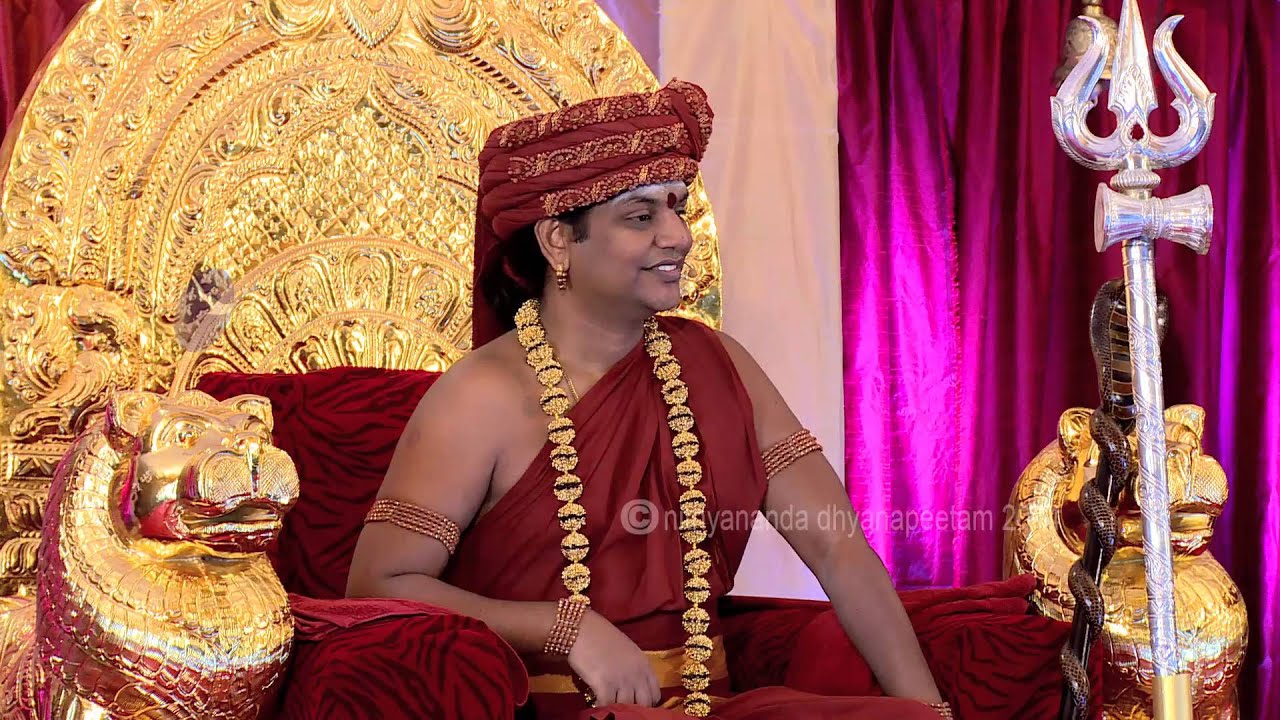 What is Advaitic Enthusiasm

In today’s (25th July, 2014) morning satsang from Hardwar, Paramahamsa Nithyananda spoke about advaithic enthusiasm. Only when you re-write your future with advaithic enthusiasm your past becomes irrelevant. Enriching gives you the new possibility, the new future and all the dirt of your past disappears. Thinking that you are right or wrong is an irrelevant waste of time. Enthusiasm arising from advaitha is Jeevan Muktha. TRANSCRIPTS:- Today I wanted to expand on ADVAITHIC ENTHUSIASM. Understand this important truth: ONLY WHEN YOU REWRITE YOUR FUTURE, THE PAST WILL BE FINALLY ERASED. Ultimately, the impact of the past on your life can disappear only when you consciously rewrite your future. You can do all types of Completion standing up, standing down, sitting up, sitting down, standing upside down, you can re-live, re-live, re-live you can do any type of Completion, you can have life-size mirror, mirror-size life, you can sit any number of hours in front of yourself, in front of mirror, but, listen, ultimately, the final dirt of the past, final dirt of the past incompletions leave your system only when you rewrite your future with Advaithic enthusiasm. Listen! Only when you start creating the future with Advaithic enthusiasm, the past disappears. You have to make the past irrelevant, only then it disappears once for all. You have to make the past irrelevant. Understand, only when you rewrite your future, your past becomes irrelevant. Only then your past becomes irrelevant. Your past can never become irrelevant if you don't rewrite your future with tremendous enthusiasm. As long as you live the life, I told him, he didn't do., I told her, she didn't do., means, as long as you don't stand up to the Whole around you, you will not be living Advaitha, you will not be creating your life, rewriting the future may be only theory. Listen! Listen! Only when you rewrite your future, the past impact disappears. There is a beautiful storybook we read in the young age; or, I should say during childhood days. I should not use the word young age, because I am still young! Childhood days! In the school, there used to be a storybook, story I read. A boy was very naughty, mischievous, will do all sorts of things to torture others. The family was not able to control him at all. So, finally, his father decided there is only one way to teach him a lesson. Whenever this fellow does something mischievous, hurting others, the father will put one nail on the door-frame. First ten days okay; the nails were only some thirty, forty! But when the nails started growing to eighty, ninety, hundred, everyone on the street started asking, Why so many nails on the door? The father started saying, Whenever my son does some mischief, I put one nail here. Now it is getting too much! Suddenly, the son saw the whole street looking at him in a different way. See, whatever said and done, earlier also everybody knows he is a mischievous boy, but not so much together! But, now, it is almost like all the files put together! Everyone sees his house door-frame, and started laughing at this boy. When the nails have grown up to two-hundred, now this fellow said, It is too much. I can't handle this anymore. He goes and cries to his father. His father says, If you promise me you will not do any mischief, hurt others, I will remove the nails. So, this fellow also promised to transform himself and not to hurt others and do mischievous things. So his father removed the nails. This fellow was completely happy, relaxed. But next day when he came and saw, he saw the dents of the nails are there! The holes where the nails were inserted, those two-hundred holes are there! Still people continued to see the holes and they were laughing. He goes and asks his dad. His father says, It will take a little time for the marks to disappear; then I will clean the wood and make the nail dents also go away, the nail marks also go away. Understand, only when you clean the very wood and do something else on it, the old dents can go completely. Understand, that is why Enriching! Enriching gives you new possibility. It is not for me, it is for you. But, unfortunately, your self-centred mind looks at everything with a selfish scale Why should I do this? If you are asked to harm somebody, you never ask any question; you straightaway go and harm. But if you are asked to do something good to somebody, enrich somebody, you ask thousand-and-one questions Why should I enrich? That is why the harming religions are very flourishing, enriching religions are very slow to grow. Because, human-beings out of their sheer stupidity, harm more easily